Where in health am I? : Home / Health Cloud / Challenges / Endocrine / Hormones / Prolactin

When people hear ‘prolactin’ they immediately think, ‘wait, isn’t that the milk-production hormone?’ It is, but it actually does much more than that; it’s involved in more than 300 physiological processes - Liad Hollender 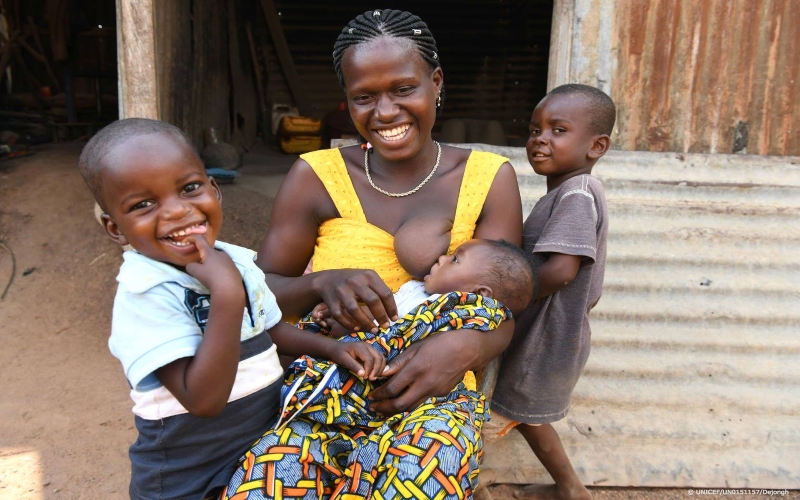 Become a prolactin pro: learn all about the milk hormone

Prolactin (also known as PRL) isn't a word you'd necessarily come across in casual conversation, but it's actually super important when you're talking and thinking about fertility. If you've never heard of prolactin, have no fear!...

We say prolactin, you say... what?

Prolactin is the ‘milk hormone,’ responsible for breast milk production, also known as lactation. (Fun fact: "lact" means "milk," it's from the Latin, lactare - "to suckle." Prolactin literally promotes the making of milk.) But prolactin is no one trick pony - besides lactation, there are actually more than 300 functions that prolactin impacts, including reproductive, metabolic, regulation of…

The Power of Prolactin and How It Contributes to Hormonal Imbalance

Simply put, prolactin is a naturally-occurring hormone created in our brain- specifically, the anterior pituitary gland. This essential hormone is best known for being the lactation or breastfeeding hormone, but it’s also a main player in breast development. In addition, this “lactation hormone” can affect other sex hormones, including testosterone and estrogen in both men and women.

I Have a Prolactinoma

My doctor wanted to do some blood work to confirm her suspicions. When my results came back, I found out that my prolactin levels were 99 ng/mL. Normal is under 29. I had a brain MRI to confirm what the doctor already knew. I had a small, benign tumor called a prolactinoma on my pituitary gland. It was causing my prolactin levels to skyrocket, which was then making my body lactate.

Should breast cancer tests include prolactin?

Screening breast cancer patients for the prolactin receptor could improve the prognosis for patients and may help them avoid unnecessary and invasive treatments, say researchers.

'After Having Irregular Periods For Months, I Found Out They Were Caused By A Small Brain Tumor'

"My takeaway: If something doesn’t seem quite right, it’s probably not."

Prolactin, a naturally occurring peptide hormone needed for milk production following pregnancy, has been found to play a major role in the development and spread of breast cancer.

The study found a link between prolactin levels and sexual activity and cuddling among paired adults. Although this was a first for prolactin, it has previously been found for oxytocin, a hormone that stimulates childbirth and is linked to a range of pleasurable emotions. Prolactin levels were high among pairs that frequently had sex and cuddled and low among mothers that had finished nursing, even though their infants remained nearby.

Prolactin (PRL) is an anterior pituitary hormone which has its principle physiological action in initiation and maintenance of lactation. In human reproduction, pathological hyperprolactinemia most commonly presents as an ovulatory disorder and is often associated with secondary amenorrhea or oligomenorrhea.

Sexual problems in men may be linked to low levels of the hormone prolactin, according to a new study. The finding is perhaps surprising because experts have traditionally thought prolactin, which stimulates breast development and milk production in women, impairs men's sexual functioning at high levels.

I was diagnosed with a condition called macro prolactinoma, a benign tumour on the pituitary gland, in February 2017. When I was informed of this by my endocrinologist, my world caved in. That was it, the end, and my time was up – but how wrong I was!

The hormone, prolactin, is released from the pituitary gland in the brain and is the signal that triggers breast milk production during nursing. The reason that women normally do not produce milk -- and men never do -- is that the release of prolactin is normally strongly inhibited by the signal substance dopamine. This is secreted by cells known as 'TIDA' neurons in the hypothalamus in the brain.

Prolactin is a hormone that is well known for its role in promoting breast milk production. This is particularly true for females, where we see large spikes during pregnancy, especially during the third trimester. This is for obvious reason, such as enabling breast feeding for the mother’s newly born child. While this is the primary function of prolactin, it does also contribute to hundreds of other physiological functions

A prolactinoma is a benign tumor of the pituitary gland (adenoma) that produces an excessive amount of the hormone prolactin. In women, hyperprolactinemia is characterized by irregular menstrual periods or even absence of periods, infertility and production of breast milk in women who are not pregnant (galactorrhea). The most common symptom in men is impotence.

The neurobiology of sex: A happy ending is only the beginning

When people hear ‘prolactin’ they immediately think, ‘wait, isn’t that the milk-production hormone?’ It is, but it actually does much more than that; it’s involved in more than 300 physiological processes.

Become a prolactin pro: learn all about the milk hormone

Prolactin (also known as PRL) isn't a word you'd necessarily come across in casual conversation, but it's actually super important when you're talking and thinking about fertility. If you've never heard of prolactin, have no fear!

Prolactin is a hormone that affects many different hormones in the body. Present in both men and women, it rarely causes problems, but those who are serious about their health should understand what it is and how it impacts the body’s overall health and well-being.

Prolactin is usually regarded as the hormone of lactogenesis i.e. it causes milk to be produced. But in excess it reduces libido, causes hypogonadism, galactorrhoea and has inflammatory properties too.

The pituitary gland produces a number of hormones, including: prolactin, ACTH, TSH and GH, follicle stimulating hormone (FSH) and luteinizing hormone (LH). Prolactin is sometimes known as the ‘milk hormone’ because it stimulates milk production after childbirth, but it is also produced in men, although in smaller amounts.

Prolactin is a polypeptide hormone that is responsible for lactation, breast development, and hundreds of other actions needed to maintain homeostasis. The chemical structures prolactin is similar to the structure of growth hormone and placental lactogen hormone.