Where in health am I? : Home / Health Cloud / Challenges / Endocrine / Hormones / Serotonin

Serotonin was supposed to be our friend. Though often referred to by science blogs as the "happiness hormone," in recent years, serotonin's role in making us happy has come into question - Mike Pearl 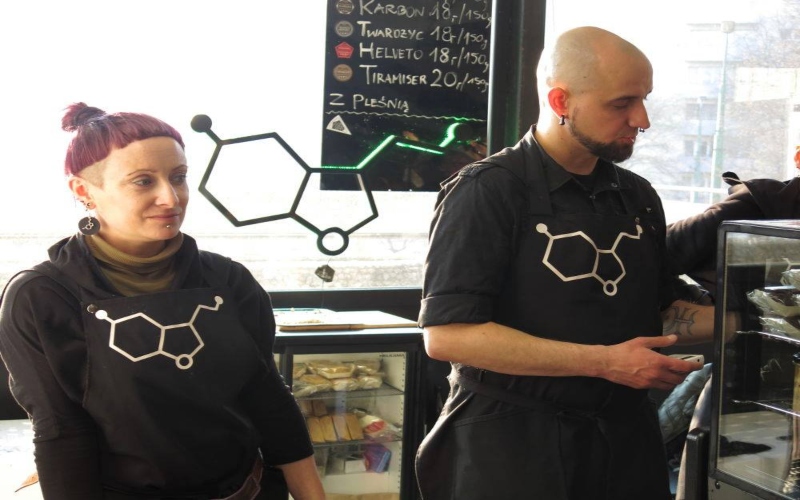 On the internet, in newspapers, and in casual conversation, the brain can sound like an amusement park: reward centers “light up,” dopamine “floods” our system, we experience an “adrenaline rush.” In this simple world, depression is no longer a mysterious, devastating specter: it’s nothing more than a shortage of serotonin, the brain’s “happy chemical.” Unfortunately for those who suffer from depression, however, the truth is not nearly as straightforward as the internet might lead us to believe.

Serotonin's association with happiness and depression recovery is so well known that the molecule has become lucrative. On Etsy, one may browse nearly 2,000 serotonin-themed necklaces, earrings,…

In a first-of-its-kind study, researchers monitored subsecond changes in levels of the neurotransmitters in the human brain, unlocking new insight into their function.

Why the 'Happiness Hormone' Serotonin May Actually Make You Scared

The science of happiness is getting complicated.

IF YOU thought depression was caused by low serotonin levels, think again. It looks as if the brain chemistry of a depressed person is much more complex, with mounting evidence suggesting that too much serotonin in some brain regions is to blame.

A Mix of Medicines That Can Be Lethal

The death of Libby Zion, an 18-year-old college student, in a New York hospital on March 5, 1984, led to a highly publicized court battle and created a cause célèbre over the lack of supervision of inexperienced and overworked young doctors. But only much later did experts zero in on the preventable disorder that apparently led to Ms. Zion’s death: a form of drug poisoning called serotonin syndrome.

Is love just a fleeting chemical high in the brain?

Romantic feelings rely on a complicated concoction of chemicals and psychology. But as part of our series on Life’s Big Questions with The Conversation, we ask, can they wear off?

Is serotonin the key to understanding Parkinson’s?

Rare genetic mutations among a special group who live in Greece’s northern Peloponnese, and also near Naples in Italy, mean they will almost certainly develop the disease. Recent studies of these people have led to a major breakthrough that suggests the brain chemical serotonin is heavily implicated in the early stages of the disease. Neurologist Professor Marios Politis had wanted to study this group for years and finally got his chance.

Is the Link Between Depression and Serotonin a Myth?

Though antidepressants are a common treatment for depression, psychiatrists still don’t have a clear understanding of how exactly they work. A new paper suggests that some explanations persist thanks to clever marketing, despite a lack of scientific evidence.

Much of the new serotonin research focuses on the molecule acting not as a neurotransmitter, a conveyor of information, but as a hormone, a shaper of tissues.

The Serotonin Levels-Depression Link Is a 'Marketing Myth,' Psychiatrist Claims

While according to Healy, the pharmaceutical industry has churned out this myth to generate profits, he said that most at fault were the doctors and psychiatrists who had been prescribing the SSRIs to patients since the 1980s.

This is your brain on love

In experiments at the University of Pisa, Marazziti and colleagues have studied levels of serotonin — a neurotransmitter associated with feelings of contentment — in the brains of people who said they fell in love in the previous six months.

Turning to turkey’s tryptophan to boost mood? Not so fast

Serotonin, seemingly full of psychiatric possibility, has long fascinated psychiatric researchers. But what the past half century seems to have demonstrated is that the neuroscience of human emotion is not simple. To promote lasting changes in mental health, scientists may need a little more reverence for the complex emotional beings that we all are. So no, a big turkey dinner, as filled with delicious tryptophans as it might be, will likely not be the neurochemical driver for your mood on Thanksgiving.

The doctor said that depression is caused by the spontaneous lack of a chemical in the brain called serotonin, and I simply needed to take some drugs to get my serotonin levels up to a normal level. A few days before I wrote this piece, a young friend of one of my nephews, who was not much older than I was when I was first diagnosed, went to his doctor and asked for help with his depression. His doctor told him he had a problem with dopamine in his brain. In 20 years, all that has shifted is the name of the chemical.

When It Comes To Depression, Serotonin Isn't The Whole Story

Coyle, who is also the editor of the journal Archives of General Psychiatry, says that though serotonin plays a role in depression, low serotonin is likely not the cause of depression. Scientific thinking has clearly shifted, he says. Still, the story of serotonin remains. Why does it continue to have such a powerful grip on the popular imagination?