Where in health am I? : Home / Health Cloud / Challenges / Fatigue 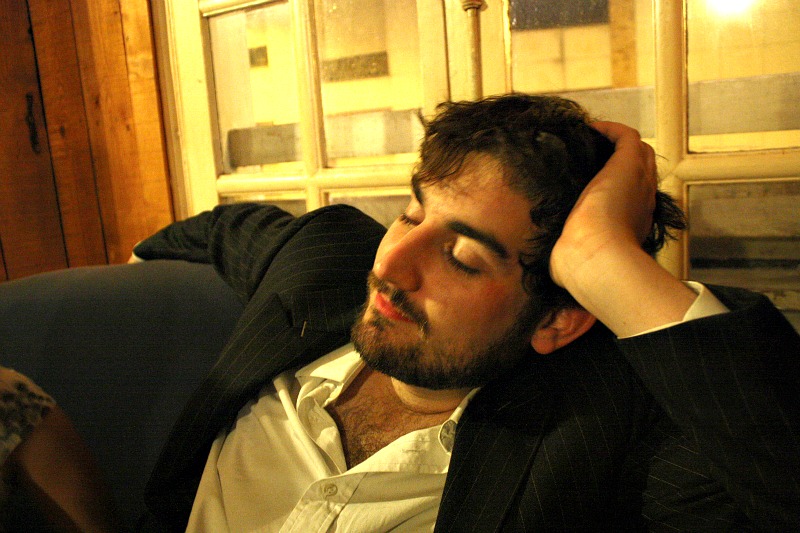 While the benefits of a good night's sleep are well documented, chronic and more ambiguous tiredness afflicts millions of people over 50. Their fatigue isn't caused by illness, medication or any clearly diagnosable condition. It's borne instead of leading complex emotional and psychological lives in a world fraught with stressors.

At a stage in life where typical concerns such as money, children, illness and loss start to move toward center stage, the first cognizance of one's mortality and a sense of time running out fuel an out-of-control feeling that can zap your energy. "Exhaustion is the expression not just of a lack of sleep, but a much more profound underlying response to the conditions in which we live," says New York clinical psychologist Michele Berdy, whose clientele includes many in their 50s and 60s.

Economics and technology add to the fatigue cocktail. While one's 50s and 60s were traditionally a time to slow down (heading toward retirement), today's boomers are typically still in high gear working and achieving, sometimes playing catch-up to refill retirement coffers after being laid off or taking a financial hit.

This sense of having to beat the clock, so to speak, has conditioned them to a 24/7 worklife. "It's not unusual for people to feel like they have to be available to work at all times through smartphones, texting and email," says Berdy. "That creates a sense that work is not bounded, which means leisure is always poor. There is never a sense of fully being on your own time."

Many boomers who came of age with a deep sense of idealism and possibilities look at today's world — with its economic realities, unwelcoming job market and even global terrorism — and respond by feeling tired, an existential exhaustion. Compounding that are concerns about their children’s futures in a sluggish economy, which generates more anxiety. "It's a step away from despair," says Berdy. "On the one hand, being fully awake in one's life is desirable, but the reality of how most of us live our lives is far afield from that."

According to research from the National Institute on Aging in Washington, D.C., retirement after decades of being in the workforce can also be accompanied by anxiety, a low-level depression and even a sense of boredom, all of which can be expressed as fatigue.

A new retiree whose high-intensity career spanned four decades may wake up to long days with very little to do.The best antidote for that kind of tiredness is volunteer work or finding a passion or hobby that restores a feeling of creativity and productivity. That said, persistent exhaustion is sometimes a by-product of sleeplessness and insomnia, which is also more common as people get older. According to Dr. Michael Irwin, a psychiatry professor and director of the Cousins Center for Psychoneuroimmunology at UCLA, some people have frenetic workdays and go to bed with a high level of arousal. They can't maintain sleep.

But a light, non-restorative sleep can deepen daytime tiredness and also take a serious toll on health. In his new study published in the September issue of the journal Sleep, Irwin and his team of researchers documented for the first time the benefits of treating insomnia to reduce levels of inflammation-causing C-reactive protein (CRP), a marker for disease in older people. The research also documented cognitive behavioral therapy as the most effective treatment for insomnia.

Whether your tiredness is the result of non-restorative sleep or life's stressors, the following antidotes recommended by the National Institute on Aging may help alleviate persistent exhaustion:

Source: Jeanne Dorin, Excerpt from This Is Why You Feel Tired... All The Time, Next Avenue, Huff Post, October 8, 2014.

Video chat is helping us stay employed and connected. But what makes it so tiring - and how can we reduce ‘Zoom fatigue’?

Why Are We So Freaking Tired?

Why your desk job is so damn exhausting

One of the great mysteries of adult life — and psychology.

Everybody is exhausted: Stress and social media are taking their toll

Lassitude. Weariness. Fatigue. Whichever phrase you prefer, recurring tiredness seems to be the new normal for a growing number of people, regardless of their age or background.

Fight Fatigue by Finding The Cause

Feeling tired? If so, it’s not surprising. Fatigue is one of the most common problems people report to their doctors.

The Fatigue Solution: How To Increase Your Energy In Eight Easy Steps

Cwynar, who herself experienced a total lack of energy, low sex drive and poor sleep after the birth of her second child, developed a simple guide to help you figure out why you’re tired and how to get your energy back. From easy lifestyle changes to knowing what to ask your doctor, she offers these eight steps to kick fatigue for good.

We live in a very tired world. One survey shows that over 60 percent of workers in America suffer from burnout and extreme fatigue. And things are not better in other countries either.

Patient: "Doctor, I don't feel well, and I'm not sure why." Doctor: "I want you to meditate for 20 minutes twice a day, exercise for at least 30 minutes a day, avoid processed foods, eat plenty of organic fruits and vegetables, spend more time in nature and less indoors, stop worrying about things you can't control, and ditch your TV. Come back in three weeks." I love this conversation I saw on Facebook the other day. As someone who hasn't popped a pill in over 10 years (save for an Advil once or twice), I'm solidly in the "Western medicines are way overused" camp.

We Have Become Exhausted Slaves in a Culture of Positivity

We live in an era of exhaustion and fatigue, caused by an incessant compulsion to perform.

Most of the time, we do better on tasks when we're most awake. But some problems require a mind that's just a bit tired—or otherwise impaired.

Why Am I So Tired?

Sometimes there’s no clear medical reason for flagging energy and dragging drive. And sometimes the tried-and-true trio of sleep, diet, and exercise doesn’t help as much as we wish. Savvy Psychologist Dr. Ellen Hendriksen offers 7 possibilities, some common, some not-so-obvious, for why you may be tired.

Why do we yawn when we are tired? And why does it seem to be contagious?

Although not fully understood, yawning appears to be not only a sign of tiredness but also a much more general sign of changing conditions within the body. Studies have shown that we yawn when we are fatigued, as well as when we are awakening, and during other times when the state of alertness is changing.

Why Does Being in the Heat Make Us Feel Tired?

The reason for this lethargy is simple: Your body is working hard to keep you cool, and this extra labor makes you feel tired, said Dr. Michele Casey, the regional medical director at Duke Health in North Carolina.

This Is Why You Feel Tired... All The Time

Although she typically sleeps soundly and has good "sleep hygiene" — no coffee after 3 p.m., a quiet, darkened bedroom and a reasonable bedtime — Rose D. always feels tired.

Any serious illness, especially painful ones, can make you tired. But some quite minor illnesses can also leave you feeling washed out. Here are 10 health conditions that are known to cause fatigue

12 Habits Of People Who Never Get Tired

To be a well-rested human being, you must fashion a routine that promotes energy throughout the day and sleepiness come sundown. This means acclimating to a proper bedtime, regulating your caffeine intake and maybe even investing in a few pairs of sleep socks. Check out the habits of well-rested people below, and start dreaming of better sleep.

There’s a world of difference between being tired and being fatigued. Everyone feels tired after a hard day’s work, and watching a good movie, listening to good music or even getting a good night’s sleep is enough to relieve this tiredness. However, fatigue refers to tiredness that just doesn’t go away. It makes your life a challenge, and it’s difficult for your mind to find motivation without the support of your body. It can occur due to many reasons and in this post, we’ll talk about the top ten causes of constant fatigue.

The goal of More Than Tired is to raise awareness of narcolepsy and its symptoms. The five major symptoms of narcolepsy are excessive daytime sleepiness (EDS), cataplexy, sleep disruption, sleep paralysis, and hypnagogic hallucinations. Narcolepsy is often misunderstood, with about 50% of those affected being undiagnosed.

Nearly everyone struggles with being overtired or overworked from time to time. Such instances of temporary fatigue usually have an identifiable cause and a likely remedy. Chronic fatigue, on the other hand, lasts longer and is more profound. It's a nearly constant state of weariness that develops over time and diminishes your energy and mental capacity. Fatigue at this level impacts your emotional and psychological well-being, too. Fatigue isn't the same thing as sleepiness, although it's often accompanied by a desire to sleep — and a lack of motivation to do anything else.

On the up side, 70-80% of people who see their doctor about tiredness don't have a physical illness to account for it. On the downside, the tiredness is still real and you'll need to work on overcoming it with these top tips.