Where in health am I? : Home / Health Cloud / Challenges / Gastrointestinal / Appendicitis

You'd think we would have evolved to not have useless, exploding organs anymore - Kaleigh Rogers 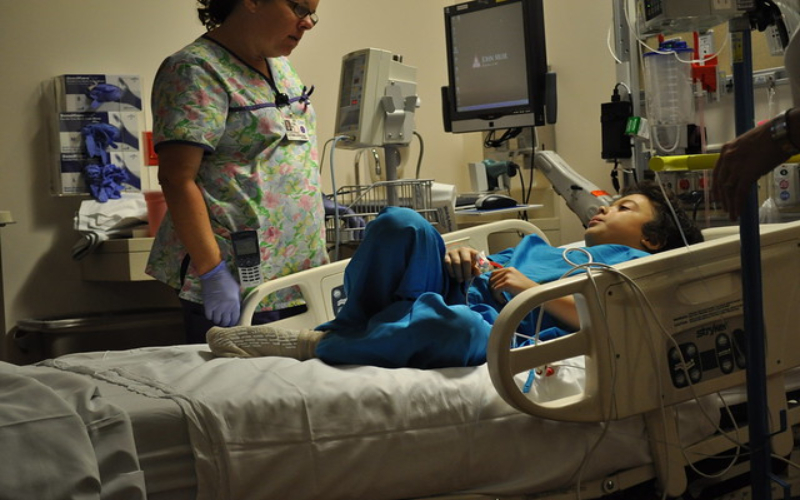 Some People With Appendicitis Can Be Treated With Pills, Not Surgery

If you develop appendicitis and your appendix is not surgically removed, it will burst and you will die. You probably learned this as a kid, and so did your parents and grandparents.

“This narrative, which I call ‘appendiphobia,’ has been cemented in medical lore for over 100 years,” says David Talan, a professor of medicine at the David Geffen School of Medicine at UCLA. “But it’s a myth.”

Talan is part of a research team conducting a $12-million clinical trial into the effectiveness of antibiotic treatments for appendicitis. While his trial is ongoing, he says we know enough today to recommend antibiotics—not surgery—to many appendicitis patients. “What you and your parents…

Appendix removal: does it really increase your risk of getting Parkinson’s disease?

Recent scary press reports suggest that having your appendix out could triple your risk of getting Parkinson’s disease. Given that there is currently no cure for this neurodegenerative condition, people who have had their appendix out might be quite worried. But worrying, at this point, would be premature. The science is far from settled.

Many folks with appendicitis could skip surgery

The majority of acute appendicitis cases are not complicated by larger issues, like an organ rupture or signs of a tumor. “These patients can be evaluated by antibiotic therapy,” says Paulina Salminen, a surgeon based at the University of Turku in Finland and the lead author of the new study. “It takes some time to create a big change in the mindset of patients, doctors, and surgeons, but this has already started with the promising results. This could have a major impact on current surgical practices.”

The Case Against Appendectomies

The appendix is turning out to contain biologically useful tissue that may help prevent nasty gastrointestinal ills.

Now here's the moral to the story: If I had gone straight to the emergency room at 10 that morning or anytime that afternoon, I'll bet my appendix wouldn't have burst and I would not have suffered the extra risk, bodily trauma, and uncertainty. I should have listened to Dr. Google.

Why Is the Appendix Still a Thing?

You'd think we would have evolved to not have useless, exploding organs anymore.

Why Doctors Say it's Important to Pay Attention to Signals Coming From the Belly.

Antarctica, 1961: A Soviet Surgeon Has to Remove His Own Appendix

If you think House and the guy who James Franco played in 127 Hours are tough, you haven't heard of Leonid Rogozov.

Appendicitis: Should You Have Antibiotics Alone Or Surgery, Too?

While antibiotic treatment alone appears to be a viable option, I agree that surgery is still the best option for most patients. I would go a bit further and recommend that the “antibiotics first” pathway should only be tried in patients who have significant underlying medical problems that make surgery riskier.

There would be other medical emergencies in my life after the burst appendix. I would be sent to the hospital after fainting on the Roosevelt Island tram. I would visit my mother in there when she suffered a minor heart attack. But my acute appendicitis would always be the glory moment.

How to Recognize the Symptoms of Appendicitis

Abdominal pain in the most common symptom of appendicitis, but there are other symptoms that aren't so common. If you find yourself checking off several of them, it might be time to go to the hospital.

Some People With Appendicitis Can Be Treated With Pills, Not Surgery

New research suggests antibiotics may be a better option for most appendicitis patients.

The first symptoms of appendicitis usually are a mild fever and pain around the bellybutton. The pain usually worsens and moves to the lower right side of the belly. Vomiting, diarrhea or constipation, and loss of appetite are other common symptoms.

Although anyone can develop appendicitis, most often it occurs in people between the ages of 10 and 30. Standard treatment is surgical removal of the appendix.

Appendicitis is a medical emergency. Treatment almost always involves removing the appendix. Anyone can get appendicitis, but it is more common among people 10 to 30 years old.

Researchers have not found that eating, diet, and nutrition cause or prevent appendicitis.

In most cases of appendicitis, the appendix will need to be surgically removed as soon as possible. Removal of the appendix, known as an appendectomy or appendicectomy, is one of the most common operations in the UK and its success rate is excellent.

Classic symptoms often do not appear in young children, in pregnant women and in the elderly and the diagnosis is particularly easy to miss in these age groups.