Where in health am I? : Home / Health Cloud / Challenges / Gastrointestinal / Diverticulosis

A high-fiber diet and increased frequency of bowel movements are associated with greater, rather than lower, prevalence of diverticulosis. Hypotheses regarding risk factors for asymptomatic diverticulosis should be reconsidered - Anne Peery MD 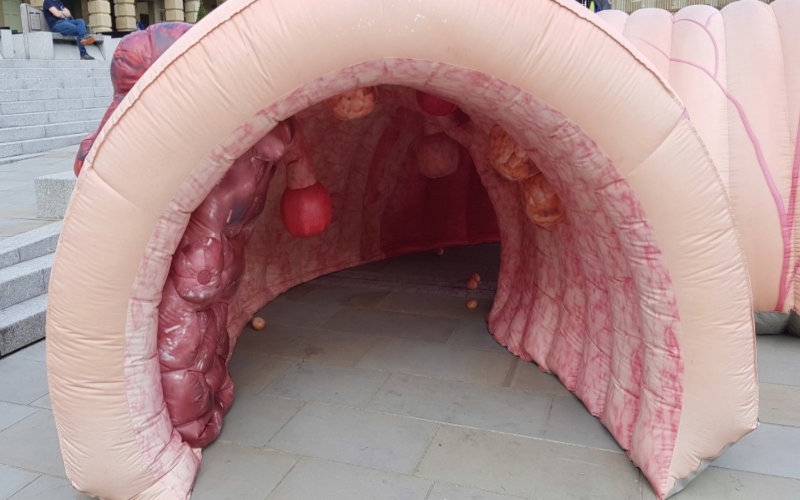 Does your doctor or favorite Internet site still recommend high-fiber for diverticulosis?

For more than 40 years, scientists and physicians have thought eating a high-fiber diet lowered a person's risk of diverticulosis, a disease of the large intestine in which pouches develop in the colon wall. A new study of more than 2,000 people reveals the opposite may be true.

The study, conducted by researchers at the University of North Carolina at Chapel Hill School of Medicine , found that consuming a diet high in fiber raised, rather than lowered, the risk of developing diverticulosis. The findings also counter the commonly-held belief that constipation increases a person's risk…

Diverticula and Diverticulitis: Time for a Reappraisal

Colonic diverticula are very common and may be associated with symptoms or complicated by diverticulitis and its associated problems. Many of the traditional concepts relating to the pathophysiology, prevention, and management of these entities have been questioned recently based on findings from high-quality prospective studies. Although dietary fiber may protect against symptoms and complications, its impact on the formation of diverticula may be limited.

Diverticulosis, an Ill of the Affluent Life

Let me start with some good news for the many millions of people who have been told that they have diverticulosis and should avoid eating foods containing small seeds and that they should never eat nuts. It turns out that this longstanding bit of medical wisdom was based on virtually no scientific evidence, just guesswork, and unless you have already developed inflamed or infected diverticula, your diet need not be so restricted, most experts say. You no longer have to seed tomatoes, you can enjoy strawberries, raspberries and blueberries, and you can even eat nuts as long as you chew them thoroughly.

Diverticular disease, i.e. symptoms and/or complications due to diverticulosis of the colon, ranks 5th among the most costly gastroenterological diseases in the Western world. Thus, and because the risk of diverticular disease increases with age, diagnosis will remain a pertinent challenge in the future.

Diverticular disease of the colon

Many health-conscious men can recite their cholesterol counts, blood pressure readings, and PSA levels without even glancing at their medical records. But few of these well-informed gents can tell you if they have diverticular disease of the colon, even though it’s an extremely common condition.

People who have diverticulosis, or pouches in the lining of the colon, often worry that they will eventually develop a painful and sometimes serious condition called diverticulitis, as previous research has shown that one in four, or up to 25 percent, of those with the condition will. Now, in a 15-year study that contradicts the common wisdom on rate of progression from diverticulosis to diverticulitis, UCLA researchers show that the risk is significantly lower than previously thought, about 1 percent over seven years.

New evidence has changed how doctors deal with one of the most-common ailments of middle age.

For more than 40 years, scientists and physicians have thought eating a high-fiber diet lowered a person's risk of diverticulosis, a disease of the large intestine in which pouches develop in the colon wall. A new study of more than 2,000 people reveals the opposite may be true...

Guts UK is the only UK charity funding research into the digestive system from top to tail; the gut, liver and pancreas. People are suffering. People are dying. All because of a lack of knowledge about our guts. Guts UK exists to change that.

The condition is more prevalent as people age. For example, it is estimated that half of people in the United States aged 60 to 80 have diverticulosis, but only one person in 10 develops it by age 40. It is equally common in women and men.

The most common symptoms associated with diverticulosis are abdominal pain, constipation, and diarrhea. More serious complications of diverticulitis include: Collections of pus (abscess) in the pelvis where the diverticulum has ruptured, colonic obstruction, generalized infection of the abdominal cavity (bacterial peritonitis), bleeding into the colon.

Both sexes are equally affected by diverticular disease and diverticulitis, although the condition is more likely to appear at a younger age (under 50) in men than in women. Overall, symptoms of diverticulitis are most likely to occur in people over 70 years old. Diverticular disease is often described as a "Western disease" because the rates are high in European and North American countries, and low in African and Asian countries.

People with diverticulosis who do not have symptoms do not require treatment. However, most clinicians recommend increasing fiber in the diet, which can help to bulk the stools and possibly prevent the development of new diverticula, diverticulitis, or diverticular bleeding. However, fiber is not proven to prevent these conditions.