Where in health am I? : Home / Health Cloud / Challenges / Gastrointestinal / Diverticulosis / Diverticulitis

After so many years, it would be lovely to finally see better guideline uptake in support of antibiotic stewardship for mild diverticulitis. It certainly seems consistent across all the various trials and cohorts by multiple groups across the world, now, there is minimal, if any, additive benefit – or, at the least, the harms from antibiotic use are similar to those whose diverticulitis progresses left untreated - Ryan Radecki 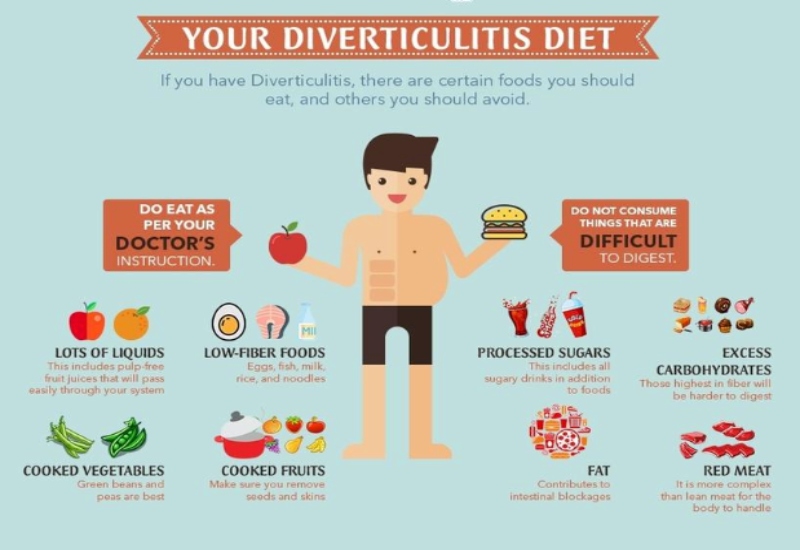 Diverticular disease is one of the most common and yet puzzling conditions that come with middle age. Even the terminology can be confusing: Diverticulosis refers to small pouches that develop in the wall of the colon; diverticulitis is the serious complication when those pouches become inflamed or infected.

New evidence has upended much of what doctors once thought about diverticular disease, from what causes it to why some patients are more likely to progress to diverticulitis, and how aggressively to treat them when they do.

“We are only beginning to understand why people get diverticulosis or diverticulitis, and many guidelines have been based on dated hypotheses and low-quality…

A diary of my first bout with diverticulitis (symptoms, testing, and treatment)

I woke up with severe abdominal pain again this morning (just like appendicitis, but on the left side of the abdomen), so I took a very fast shower, grabbed my pre-packed suitcase, and headed to the ER once again, assuming I was headed for emergency surgery.

The management of acute, uncomplicated diverticulitis has long involved the administration of broad-spectrum antibiotics to theoretically battle the bacteria that have invaded the occluded diverticuli and adjacent colonic wall. This practice is, however, based on no direct evidence. Recent research has challenged the notion that all such patients require antibiotics, and has even led to some guidelines suggesting that antibiotics be used selectively, rather than routinely.

Fiber in Fruits and Grains Protects Against Diverticulitis

After so many years, it would be lovely to finally see better guideline uptake in support of antibiotic stewardship for mild diverticulitis. It certainly seems consistent across all the various trials and cohorts by multiple groups across the world, now, there is minimal, if any, additive benefit – or, at the least, the harms from antibiotic use are similar to those whose diverticulitis progresses left untreated.

Can I Ever Recover From Diverticulitis?

Studies continue to expand what we know about diverticulitis. The traditional advice to avoid nuts and to increase fiber is being questioned, as is the need for routine antibiotics and surgery. The findings suggest that, for most people, diverticulitis may have a more favorable course than was previously thought.

Diverticula and Diverticulitis: Time for a Reappraisal

It is now evident that the risk for an episode of diverticulitis in an individual with diverticula is lower than previously thought. Furthermore, the necessity for antibiotic use in uncomplicated diverticulitis has been questioned and serious doubt cast upon the belief that surgery should be performed when a second attack occurs. Although data are far from conclusive, there is some evidence to suggest that diverticulosis may be associated with chronic abdominal symptoms, with or without underlying chronic inflammatory changes in the involved segment of the colon. In addition, colonoscopy is not routinely required after an attack of acute uncomplicated diverticulitis, as the risk of cancer in this population is not much higher than in the general population.

Mistakes in… Acute diverticulitis and how to avoid them

A review of current guidelines for one of Australia’s most common gut disorders has found treatments should be chosen more wisely.

Defend yourself from diverticulitis

Antibiotics used to be the first-line treatment even for mild episodes, but the new thinking is that not all diverticulitis should be treated this way. "If there is no fever, the preferred treatment is to manage minor attacks with rest, plenty of liquids, and non-narcotic pain medications," says Dr. Goldberg. Antibiotics are now used only for people who have severe pain, fever, and an elevated white blood cell count, as well as those who develop an abscess (a swollen area of tissue that contains pus) or a perforation (when bowel contents spill into the abdominal cavity).

This article supports the widespread practice of using CT as the initial radiologic examination of choice for diverticulitis. Indeed, evidence shows that CT is highly sensitive (97%) and very specific for diagnosing diverticulitis.

About 1% of the UK population is likely to be hospitalised in their lifetime due to the condition. But scientists don’t know what causes it.

The researchers found that those who ate the highest level of red meat had a 58% heightened risk of developing diverticulitis compared to those who consumed the lowest amount.

Indications for surgery after a first episode of acute diverticuliti‪s‬

Dr. John Pemberton discusses a cohort study of patients with acute diverticulitis followed for 4 years for recurrence rates and need for surgery following the initial episode, published in Diseases of the Colon & Rectum in March 2018. Dr. Nancy Sokol hosts.

Doctors have long advised people with diverticulosis to steer clear of nuts and foods with small seeds, fearing they might cause severe intestinal complications. But a study has found that eating these foods not only does not increase the risk of complications, but may even lower the risk of developing the disease.

“There is an idea that there is some pro-inflammatory state mediated by red meat that could contribute to inflammation in certain organs,” said the lead author, Andrew T. Chan, an associate professor of medicine at Harvard. “Diverticulitis is a clear example of inflammation with serious consequences.”

If you have ever been sidelined by diverticulitis, you know that it’s excruciating. To keep this gastrointestinal condition from coming back, start by understanding what causes diverticulitis.

New evidence has changed how doctors deal with one of the most-common ailments of middle age.

Individuals with an H&P suggestive of the first episode of acute, uncomplicated diverticulitis: CBC: possible leukocytosis. CT with IV contrast (PO contrast is controversial for additional diagnostic ability) is the diagnostic study of choice (allows for identification of complications, i.e. – fistula, abscess, or colitis).

Current research suggests that antibiotics may not be necessary in uncomplicated diverticulitis if patient receives sufficient bowel rest in coordination with medicine observation and close follow up.

Diverticulitis is when pockets (diverticula) form in the wall of the colon (large bowel) and become infected or swollen. Symptoms include pain, cramping, diarrhea, constipation and fever.

You could have just a couple or sometimes hundreds of diverticula. They can be tiny or over 2cm wide. Often you won’t know they’re there. You’re more likely to develop diverticula and thus diverticulosis as you get older and the walls of your bowel grow weaker. The number of people with diverticulosis is increasing.