Where in health am I? : Home / Health Cloud / Challenges / Gastrointestinal / Leaky Gut

All disease begins in the gut – Hippocrates 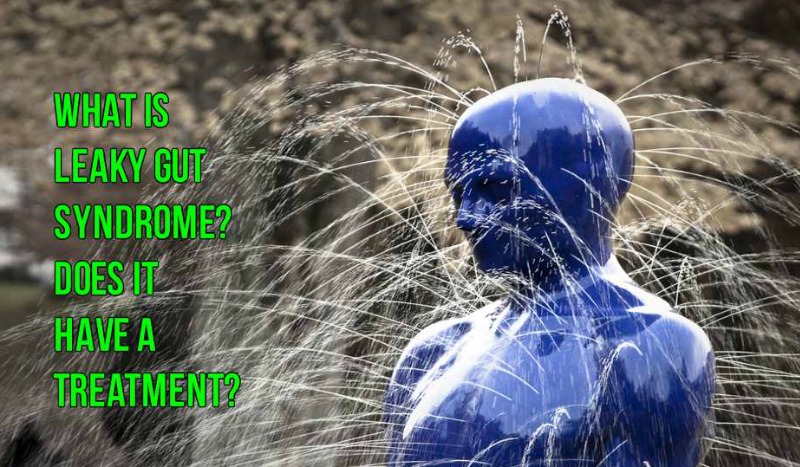 New Research Shows Poorly Understood “Leaky Gut Syndrome” Is Real, May Be the Cause of Several Diseases

With 10,000 published articles related to intestinal permeability, and scores of websites hyping the perils of “leaky gut,” doctors on the frontlines don’t have a fighting chance at getting to the truth. Meanwhile, sites like Quackwatch and England’s National Health Service give stern warnings about not buying into this “unproven” diagnosis.

But leaky gut is not unproven. There’s even a test for it. The original test was developed in the 1980s by UCLA researchers who were trying to understand what caused the inflammatory bowel disease known as Crohn’s. The researchers found that leaky gut preceded inflammation, implying that the leakiness plays a key role in disease development. In…

Whatever you hear in the media, the fact remains that there is no quality research to support the existence of ‘leaky gut syndrome’. The situation becomes especially dangerous when you consider that the symptoms associated with this disorder are present in a number of other illnesses, so a quick diagnosis of leaky gut is more likely to leave patients untreated for what really ails them.

Leaky Gut Syndrome Isn’t an Official Diagnosis, but the Symptoms Are Real

Leaky gut syndrome doesn't sound like the kind of thing anyone wants to have, yet we're hearing about it a lot lately. If you look across the vast plains of the Internet, you'll find all kinds of blogs and alternative health sites warning about leaky gut syndrome, which is often described as a condition in which the lining of the intestines has become more permeable or porous. Some places even suggest it could be associated with everything from food allergies and nutritional deficiencies to autoimmune conditions, fatigue, and joint pain.

Leaky gut: What is it, and what does it mean for you?

The expression “leaky gut” is getting a lot of attention in medical blogs and social media lately, but don’t be surprised if your doctor does not recognize this term. Leaky gut, also called increased intestinal permeability, is somewhat new and most of the research occurs in basic sciences. However, there is growing interest to develop medications that may be used in patients to combat the effects of this problem.

Putting a stop to leaky gut

Leaky gut gets blamed for everything from everyday stomach issues to pain to anxiety, yet it is one of the most mysterious ailments to diagnose and treat.

The Connection Between Ayahuasca, Your Stomach, and Your Mind

Could changing your gut bacteria alleviate depression and anxiety?

Do You Have Leaky Gut Syndrome?

Because it is something of a mystery disease that can show itself as a bewildering array of other conditions, you could have Leaky Gut Syndrome and not even realize it. The reason is that Leaky Gut Syndrome is one of the many concepts in medicine that cuts across the boundary lines of specific diseases. It is a major example of an important medical phenomenon: distress in one organ causes disease in another. That is why it is vital to look beyond the symptoms and discover the root cause of illness.

Everything You Need To Know About Leaky Gut Syndrome

Depending on whom you ask, leaky gut syndrome is either the cause of many of our modern medical ailments or doesn’t exist at all. Leaky gut is increasingly a focus of research and attention as medical professionals try to learn more about the reasons for increases in conditions like food allergies and celiac disease. But there isn’t yet an established definition of the condition or a medical consensus that it exists at all.

Leaky Gut Syndrome is an interesting subject because so many of us have this without even knowing it. The surface area of our intestines is the size of a tennis court if you untangled them; this is a lot of intestinal lining when you think about it.

What do the bacteria living in your gut have to do with your immune system?

We are still learning what a healthy gut microbiome looks like. Evidence suggests that a balanced and diverse microbiome might contribute to better health overall, and a less diverse or less balanced microbiome can have a negative impact on health.

In many cases, leaky gut is caused by your diet. For me, certain foods that I was consuming every day, including gluten, soy and dairy, were being treated by my body as foreign invaders that had to be fought off. When I ate these foods, my body went to war, producing antibodies, which triggered an immune response that included diarrhea, headaches, fatigue and joint pain.

11 Signs You Have A Leaky Gut

The gut is the gateway to health. If your gut is healthy, chances are that you're in good health. However, there's a condition called leaky gut that can lead to a host of health problems.

Leaky gut syndrome is a rapidly growing condition that millions of people are struggling with and don’t even know it. From the sound of it, you might think leaky gut syndrome only affects the digestive system but in reality it can lead to many other health conditions.

Your stomach is one of your body’s most important organs. Even Hippocrates, the father of modern medicine said that “All disease begins in the gut”. But what happens when things in your gut go awry?

Beyond Paleo: Heal Your Gut

All disease begins in the gut. – Hippocrates Hippocrates said this more than 2,000 years ago, but we’re only now coming to understand just how right he was. Research over the past two decades has revealed that gut health is critical to overall health, and that an unhealthy gut contributes to a wide range of diseases including diabetes, obesity, rheumatoid arthritis, autism spectrum disorder, depression and chronic fatigue syndrome.

Essays on health: microbes aren’t the enemy, they’re a big part of who we are

We have long believed that “good” immune cells recognise and defend against “bad” invaders. That’s why a large proportion of medicine has been directed at killing microbial enemies and conquering microbial infections. This militaristic understanding of immunity reflected the culture of the 20th century, which was dominated by nation building and world wars between “us” and “them.” It was a time when “survival of the fittest” came to be seen as the driver of evolution and competition and war were considered a natural part of what it is to be human. But a radical shift in understanding the relationship between humans and microorganisms occurred with the discovery that only 50% of the cells in our bodies are human. The rest are microbes, such as bacteria, yeasts (members of the fungus family), viruses, and even insects. Together, these make up the microbiome.

It is only after several extensive chapters on gut health that the book begins to broach the topic of cosmetics. You have to read all the way to the second-to-last chapter to get the Goop take on no-makeup makeup. If you want to even begin to approximate Goop-worthy natural beauty, the first step is getting right with your intestines.

Heal Your Gut, Heal Your Mind

Depression can start with a leaky gut — here’s how to make it end there.

Hitting a Medical Wall, and Turning to Unproven Treatments

In her analysis of the disparate yet related cases, Ms. Meadows highlights at least three important influences on well-being that have yet to receive their just due in understanding what might cause or aggravate certain intractable medical disorders. One is a characteristic called “leaky gut,” essentially tiny holes in the intestinal walls that allow proteins to reach the bloodstream where they can trigger a vicious immune attack on healthy tissues.

How to heal your digestive tract

Our digestive system influences everything. From controlling digestion and protecting us from hostile bacteria, to communicating with the brain – sending physical signals such as gas or hunger, and emotional feelings such as anxiety, stress, and even love. This complex union moving through the gut is often referred to as our body’s second brain, affecting our health physically and psychologically.

You Asked: Is Leaky Gut Syndrome a Real Thing?

But like everything else involving your gut—from its bacterial makeup to the benefits of probiotics—new research has shifted or shattered many of science’s old notions. The latest studies suggest the lining of your gut is a dynamic structure: one that may grant even big-enough microorganisms or food particles access to your bloodstream.

New Research Shows Poorly Understood “Leaky Gut Syndrome” Is Real, May Be the Cause of Several Diseases

For decades, “leaky gut syndrome” was passed off as quackery. But new research shows it is indeed real, and may be the cause of asthma, irritable bowel syndrome, arthritis, and more.

Leaky Gut is known as ‘The Disease Your Doctor Can’t Diagnose,’ a dangerous and hidden cause of chronic illness that medical science hardly recognized until recently…It can masquerade as fatigue, anxiety, depression, digestive symptoms, weight problems, and other serious conditions…It’s been found in association with chronic diseases including: asthma, diabetes, autoimmune diseases, irritable bowel, psoriasis, cancer, and heart failure… And even with all the latest technology and over 10,000+ research papers talking about intestinal permeability (or leaky gut), it’s still a hidden epidemic to modern medicine!

While it's true that some conditions and medications can cause a "leaky" gut (what scientists call increased intestinal permeability), there is currently little evidence to support the theory that a porous bowel is the direct cause of any significant, widespread problems.