Where in health am I? : Home / Health Cloud / Challenges / Genetics / Genetic Screening 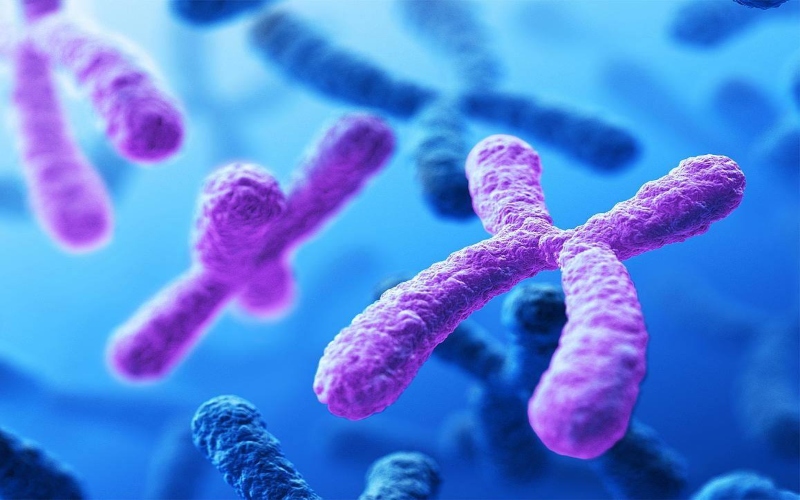 image by: Intramural Research Program at the National Institutes of Health (NIH IRP)

The oversized, boldfaced type and accompanying bar graph, in that shade of pink we associate with breast cancer awareness, blared from the page — but it was the percentage that stood out: 39.2.

The six-page clinical report included nearly impossible-to-understand medical jargon and acronyms, figures and disclaimers. But I just saw “39.2%” — my lifetime chance of developing breast cancer, according to the results of the genetic test my doctor recommended I have.

This figure is more than three times average rate (12.6%) for women of my age and ethnicity, according to the report.

At nearly 57, I had logged seven normal mammograms, but the recommendation to have genetic…

Employees Jump at Genetic Testing. Is That a Good Thing?

Genetic disease risk screening is becoming a popular employee benefit. But the tests may not be all that beneficial for the general population, experts say.

Moving Genomics to the Clinic

The explosion in popularity of direct to consumer genetic testing is allowing many members of the public to learn more about their predisposition to certain health conditions like cancer and heart disease. Patients and the general public want to consider this information in health and healthcare decisions, and researchers, along with innovators in the genetic testing and support services industry, are increasingly advocating for its inclusion in clinical practice.

Should you get a genetic screen before having kids?

Pregnancy comes with many unknowns. Perhaps one of the most harrowing is whether a child will be born healthy. Now, preconception screening—looking at the genetic risk factors of both partners before they conceive—is starting to answer that question.

Will the genetic screening of athletes change sport as we know it?

Since the first mapping of the human genome there has been interest in understanding which genetic factors underpin performance in sport. With the rise of genetic testing among athletes, it remains to be seen exactly how the world of elite sport will be affected.

How Well Can a Screening Test Predict Disease Risk?

It is usually thought that we can confidently say that if our genotyping results say that we carry a certain genetic variant, that we actually do carry that variant. However, why does this not mean that we can be confident about the prediction about disease risks?

Controversial DNA screening technique used for at least one pregnancy

Genomic Prediction, which is based in New Jersey, is the first company to offer polygenic risk scores for embryos rather than adults, including an option to screen out embryos deemed likely to have very low IQ.

To provide a primer for primary care professionals who are increasingly called upon to discuss the growing number of genetic screening services available and to help patients make informed decisions about whether to participate in genetic screening, how to interpret results, and which interventions are most appropriate.

Genetic test costs taxpayers $500 million a year, with little to show for it

We hear a lot about the wonders of genetic testing, how it can revolutionize medicine and find cures for fatal diseases. A new study from the University of Michigan also shows how it can waste a half a billion dollars a year.

If you have a genetic predisposition to cancer, it’s better to know about it

Most cancers happen by chance and there is no obvious inherited reason for them. However a small proportion of cancers occur as a result of a genetic predisposition because a gene passed down through generation of a family carries a mutation – this was the reason behind actress Angelina Jolie’s decision to opt for a double mastectomy last year.

Understanding the Pros and Cons of Genetic Testing

In recent years, the field of genetic testing has risen in both prominence and popularity. Through advances in research, science and medical technology, physicians now offer robust genetic screenings to their patients.

Based on genetic testing, 20 members of the same family were misdiagnosed with a potentially fatal heart condition.

It promises to save lives from cancer, but results lead to more questions.

The most powerful embryo genetic test ever developed, for families pursuing IVF.

Genetic screening is the process of testing a population for a genetic disease in order to identify a subgroup of people that either have the disease or the potential to pass it on to their offspring.