No matter how deep your grief and how great your pain, remember that you are not alone - First Candle 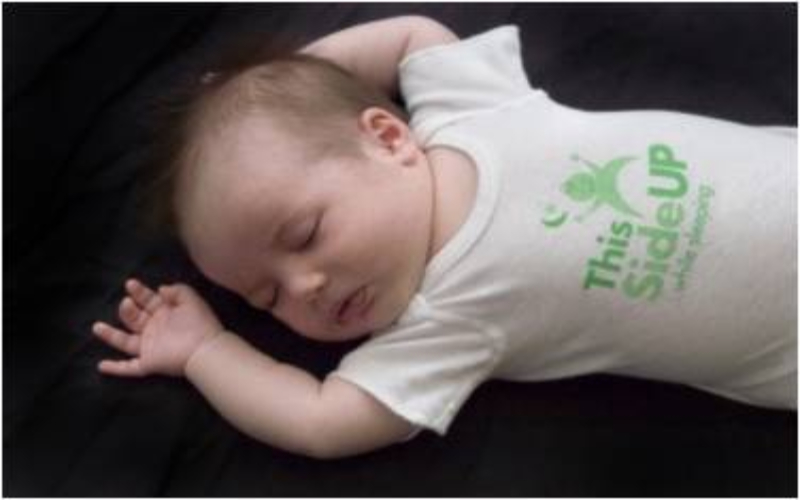 What's frustrating is the fact that Infant Loss/SIDS Awareness Month just happens to fall during the same month as Breast Cancer Awareness Month. I'm not knocking the awareness and money that's raised for breast cancer. I have close friends and family members who have fought breast cancer. But it's difficult to see sooo much attention brought to that cause and so little brought to infant loss and SIDS. For instance, many buildings are being turned pink in honor of breast cancer, without mentioning the fact that pink is also one of our colors as well.Even the White House got in on the act.

Wouldn't it be great if we also had a national spokesperson? If SIDS…

When Your Baby Is Your Roommate

There are now several studies to show that room sharing is associated with a lower risk of SIDS, said Dr. Michael Goodstein, a neonatologist at WellSpan Health, who was a member of the A.A.P. task force on sudden infant death syndrome.

It’s an emotive and divisive debate. The American Academy of Pediatrics (AAP) says that letting an infant child sleep in her parents’ bed “remains [the] greatest risk factor for sleep-related infant deaths.” But some health experts accuse the AAP of ignoring growing evidence which, they argue, shows that bed-sharing—if done safely—is good for the baby’s health.

About That Scary Swaddling Study

A new meta-analysis seems to link infant swaddling with a higher risk of SIDS. But there’s more to the data than that.

Past research findings have shown that breastfeeding cuts the risk of sudden infant death syndrome (SIDS) in half, but those studies seemed to suggest that only exclusive breastfeeding for six months decreased the risk. Now a new look at eight studies together finds it doesn’t take long, or much, breastfeeding to get that benefit.

While baby movement monitors add another layer of vigilance, they may cause more anxiety than they're worth.

For the love of Aaron, and all children who may be susceptible to SIDS

“SIDS is a very complex disorder,” he says. “For many years, there was the hope that you could find the gene, or the cause for SIDS. But the reality is, there are many factors that come together to create a perfect storm that results in a child dying. That’s where Microsoft’s work will play a big role. They have given us a means to look at different factors at the same time.”

The Web is not a doctor. The Internet can deliver information with amazing speed and volume, but it can’t listen to your child’s heartbeat or look into your baby’s eyes while engaging in a conversation about your newborn’s sleep habits.

Hope For SIDS Kids And Their Parents

The thinner, oxygen-poor air above 2,400 meters may be among the environmental stressors that increase the risk of SIDS.

Rethinking SIDS: Many Deaths No Longer A Mystery

But the mystery surrounding SIDS is not what it once was. Many SIDS deaths are now believed to be accidents caused by unsafe sleep practices. And some are questioning whether the term SIDS remains relevant at all.

A safe sleeping environment is crucial for preventing sudden infant death syndrome (SIDS), but it is not the only factor that determines the risk of the syndrome in babies, according to a new study.

Many children’s health groups, such as the American Academy of Pediatrics and the Canadian Pediatric Society, recommend swaddling. But, like infant car seat use, we must teach correct swaddling so that it is done safely and effectively.

SIDS Diagnoses Are Down. Why Isn’t That Good News?

Over the past decade, diagnoses of Sudden Infant Death Syndrome have fallen dramatically. Unfortunately, this is not because fewer babies are suddenly and mysteriously dying.

Sleeping on their tummy, sleeping in a swing, vaccines, swaddled or not, a blanket or pillow nearby… these are not causes of SIDS. We do not know the cause, and therefore it is not preventable.

The Link Between SIDS and Serotonin

The Worst Place to Fall Asleep With a Newborn Baby

New guidelines say bed-sharing with an infant is dangerous—but it’s far less risky than sleeping with baby on the sofa.

When Can Parents Stop Worrying About SIDS?

“After six months it’s very rare for a baby to die of SIDS. After that we see them dying from other types of sleep-related death like suffocation, or accidental suffocation and strangulation in bed,” says Kroeker. “

What's frustrating is the fact that Infant Loss/SIDS Awareness Month just happens to fall during the same month as Breast Cancer Awareness Month. I'm not knocking the awareness and money that's raised for breast cancer. I have close friends and family members who have fought breast cancer. But it's difficult to see sooo much attention brought to that cause and so little brought to infant loss and SIDS.

5 SIDS Myths That Won’t Go Away

Breaking down some of the misconceptions about Sudden Infant Death Syndrome.

We rally financial and emotional support within the community surrounding a family who has lost a child to SIDS.

Founded in 1983, the American SIDS Institute, a national nonprofit health care organization, is dedicated to the prevention of sudden infant death and the promotion of infant health through an aggressive, comprehensive nationwide program...

No matter how deep your grief and how great your pain, remember that you are not alone. First Candle, along with others who have traveled this road before you, can help you through this difficult time. We can guide you through the grieving process and empower you to help other families facing the same tragedy.

For 40 years we were SIDS and Kids. Today our new name is red nose. Our target is to reduce nine deaths a day to zero. That's our pledge to you.

The Safe to Sleep® campaign, formerly known as the Back to Sleep campaign, has helped educate millions of caregivers—parents, grandparents, aunts, uncles, babysitters, child care providers, health care providers, and others—about ways to reduce the risk of Sudden Infant Death Syndrome (SIDS) and other sleep-related causes of infant death.

CDC and the National Institutes of Health are working together to create the Sudden Death in the Young Case Registry. The registry is a surveillance system that will collect comprehensive information on sudden unexpected deaths among young people 19 years of age or younger in the United States.

SIDS is every parent’s worst nightmare, but there are several things you can do to prevent the sudden loss of a child.