Where in health am I? : Home / Health Cloud / Challenges / Heart / Conditions / Carditis

Doctors do need to have a higher index of suspicion when a young person comes in with unusual heart symptoms - Dr. Michael Smith 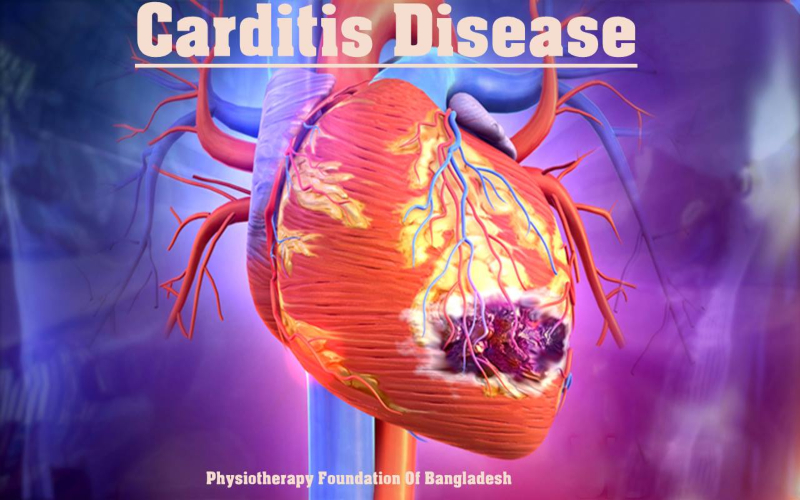 image by: Physiotherapy Foundation Of Bangladesh

Usually a manifestation of an underlying systemic infectious or inflammatory condition, carditis, once a common complication of rheumatic fever can be associated with Lyme disease...

Early last spring, Hannah Sowers noticed she was having trouble keeping up with her track teammates and even when she was relaxing; her heart was doing acrobatics in her chest.

"I noticed my heart would speed up fast and then stop and give one big squeeze and then start up. It felt really odd," said the 20-year-old Monaghan Township college junior. She mentioned it to her family, but since she didn't have any other symptoms and "weird heart palpitations" run in their family, she didn't pursue it.

Covid-19 May Have a Hidden Impact on the Heart

Evidence has emerged that the virus may cause cardiac complications fairly frequently in patients who are very sick, even if they lack a history of heart problems.

Injecting Drugs Can Ruin a Heart. How Many Second Chances Should a User Get?

A life-threatening heart infection afflicts a growing number of people who inject opioids or meth. Costly surgery can fix it, but the addiction often goes unaddressed.

When Your Heart Fails You

My heart was broken. The culprit turned out to be a virus. Not some mysterious, exotic virus. A virus that causes the common cold or a respiratory infection. An enterovirus. One that all of you inevitably have had before. Me, too. Probably many times.

The Carditis; Endo, Myo and Peri

The Learner will be able to identify and manage the patient who is diagnosed... using current diagnostic evidence and treatment guidelines.

Stage 2, the early disseminated phase, is when cardiac abnormalities may present. The principal manifestation of Lyme carditis is conduction system impairment, associated with the atrioventricular node.

Lyme Deaths From Heart Inflammation Likely Worse Than We Thought

How much heart involvement is there with Lyme? Based on cases submitted to the CDC, only 1.1% of patients had carditis. I suspect the real number is substantially higher, given that I’ve seen several patients with it and based on other reports in the literature, which often cite a 4-10% incidence of carditis.

Lyme Disease Broke My Heart - What is Lyme Carditis?

What exactly is Lyme Carditis? Well, it's an umbrella term used for a large number of physical and electrical abnormalities within the heart caused by having lyme disease (and coinfections). Many of these issues are benign, meaning they aren't fatal. Keep in mind, that doesn't mean they can't make your life a living hell! The most common complaints revolve around arrythmias.

Up to 10% of Lyme patients will have some cardiac involvement within the first few weeks of the infection, though most will report only palpitations. It is estimated that less than half of those with cardiac involvement will develop more significant symptoms, including a slowed heart rate.

Neil Spector was a seemingly healthy physician living with his wife in Florida. One day, he experienced what appeared to be textbook symptoms of a heart attack. Erratic heartbeat, chest pressure, pain radiating from chest to neck and jaw. Except all the tests the emergency room gave him turned out “normal.” He wasn’t having a heart attack, his doctors said. They chalked it all up to stress, suggested he learn how to relax, and sent him on his way.

In his experience, Lyme carditis often occurs in the absence of hallmark Lyme symptoms such as rash or joint pain. Sometimes, the condition causes third-degree or complete heart block, which means electrical impulses don't pass from the top to the bottom chambers of the heart at all.

You may have different signs and symptoms depending on the type and severity of the heart inflammation that you have.

Myocarditis is a disease marked by inflammation and damage of the heart muscle. Although the exact incidence of myocarditis is not known, it is estimated that several thousand patients per year are diagnosed in the United States.