Where in health am I? : Home / Health Cloud / Challenges / Heart / Conditions / Heart Attack 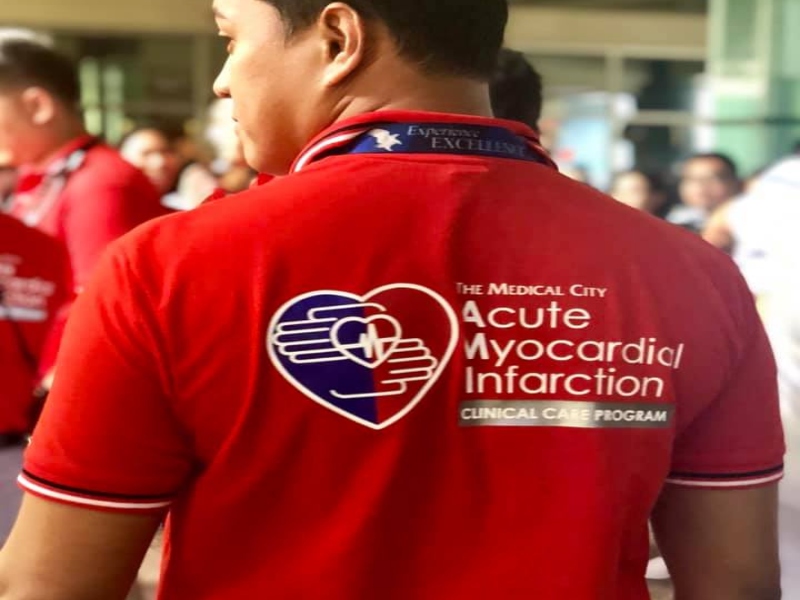 Doctors have lots of tools for predicting a patient’s health. But—as even they will tell you—they’re no match for the complexity of the human body. Heart attacks in particular are hard to anticipate. Now, scientists have shown that computers capable of teaching themselves can perform even better than standard medical guidelines, significantly increasing prediction rates. If implemented, the new method could save thousands or even millions of lives a year.

“I can’t stress enough how important it is,” says Elsie Ross, a vascular surgeon at Stanford University in Palo Alto, California, who was not involved with the work, “and how much I really hope that doctors start to embrace the use…

A retired cardiac-care nurse didn’t recognize her own symptoms. Neither did the first responders. It’s a problem that can have fatal consequences.

Analyzing over 500,000 cases suggests having female physicians in the emergency room may save women’s lives.

Is a Heart Attack Cardiac Arrest?

Yeah. I can tell you about mine because there are thousands of ways that you can have a heart attack - Antonio Banderas

My Life After a Heart Attack at 38

In an instant, I didn’t know if I’d get to see my daughter turn 6.

Study: Christmas Eve May Be When Your Risk For Heart Attacks Is Highest

Twas the night before Christmas, when all through the house. Not a creature was stirring, but what about cholesterol plaques?

Susan Lucci is lucky to be alive. And the reason she is is because she listened to her body and sought treatment immediately

The Unexpected Warning Signs of a Heart Attack

When heart attacks come to mind, you probably have an idea of what the scene looks like from an outsider’s perspective. You may imagine your chest suddenly radiating with pain as you dramatically drop to the ground and wait for emergency personnel to arrive. You’re then whisked away to the ER where the doctors tell you your surprising prognosis. This scene is possible. Others, however, have plenty of signs beforehand. They just didn’t know what to look for. We’ve all heard of arm pain and chest discomfort as possible signs, but the list doesn’t end there. Here’s what you need to know.

And male doctors do better when they have more female colleagues.

Time is of the essence when you are having a heart attack, and while most hospitals today are much quicker than they were a decade ago, some are faster than others. Often, paramedics know which hospital is best and will take you there.

The death rate from coronary heart disease has dropped 38 percent in a decade. One reason is that hospitals rich and poor have streamlined emergency treatment.

Am I at High Risk for a Heart Attack?

Physicians use a number of different factors to assess your risk of having a heart attack or stroke, including your age, gender, race, total cholesterol and levels of so-called “good” HDL and “bad” LDL cholesterol. Whether you have high blood pressure or diabetes and whether you smoke are also important risk factors.

Did you know that you might experience early warning signs that mean you could be on your way to having a heart attack? I would have answered NO to that question until I reflected (after the fact!) on the puzzling symptoms that I’d personally experienced two days in a row during the week before my first severe cardiac symptoms hit. Many of these early warning heart attack symptoms do not feel earth-shakingly alarming.

Heart Attack Patients Are Getting Younger And Sicker

People who experience the most severe type of heart attack have become younger and more obese in the past two decades, according to a new study. This group is also increasingly more likely to smoke, and to have high blood pressure and diabetes, all of which are preventable risk factors for a heart attack, the researchers found.

Companies like IBM, Optum, and Hitachi are working tirelessly to harness what are called “population health analytics” to increase the predictive power for stroke and heart attacks so that we may reduce the morbidity and mortality statistics for cardiovascular disease in America.

How Could Someone As Fit As Bob Harper Have A Heart Attack?

If the Biggest Loser host can't hack it, what the hell does that mean for the rest of us?

In the Aftermath of a Heart Attack, Gaming Guided My Mental Recuperation

The anxiety I had from nearly dying almost submerged my life in depression and fear. But I had an escape. I'd turn on a gaming console, play a bit, and it would all fade away—if only for a while.

Marathons: An Especially Bad Day for a Heart Attack

Road closings during marathons can be frustrating for drivers and pedestrians. Now a new study suggests they can be bad for your health.

And... One-quarter of people who said they've had a heart attack ... actually haven't

The right and wrong way to think about heart attacks.

Sex After a Heart Attack: 7 Things Cardiologists Want You to Know

Heart attack survivors may be hesitant to hop in the sack. Here's what doctors say you should—and shouldn't—be worried about.

Taking Steps To Avoid Heart Attacks May Protect You From Dementia, Too

We all know someone—a relative, friend, coworker, or acquaintance—who has had a heart attack or stroke. Together, these devastating events are the leading cause of death in the world. Fortunately, they are also preventable. And taking steps to avoid heart attacks and strokes may help protect you from dementia, too.

The Guide to Beating a Heart Attack

There is a lot a person can do to help prevent a heart attack. One international study found that about 90% of the risk associated with such factors as high cholesterol and blood pressure, physical activity, smoking and diet, are within a person's ability to control. The study, called Interheart, compared 15,000 people from every continent who suffered a heart attack with a similar number of relatives or close associates who didn't.

The Hospital Is No Place for a Heart Attack

A hospital is a bad place to have a heart attack. While cardiologists have made great strides speeding treatments to people who suffer a heart attack outside the hospital, scant attention has gone to patients already in the hospital for an unrelated medical problem who then have an attack. Recent studies suggest those patients are at least three times as likely to die before getting discharged as people who arrive at the emergency room after having a heart attack elsewhere.

Why So Many of Us Die of Heart Disease

Evolution doomed us to have vital organs fail. For years, experts failed us, too.

Why Stress Makes You More Likely to Have a Heart Attack

Stress might seem like an unavoidable reality of modern life, but your body isn’t as quick to write it off as such: in fact, being stressed takes a serious—and lasting—toll on your life, and according to a growing number of studies, it also increases your risk of heart disease.

Women under 55 who are hospitalized for heart attacks are twice as likely to die as hospitalized men of the same age group, resulting in a whopping 15,000 women under 55 dying of heart disease every year. One big reason for that giant discrepency is that women are less likely to seek help when they first start experiencing symptoms.

World-first test could predict your risk of a heart attack

Researchers have developed a world-first blood test which improves the prediction of the long-term risk of heart attack in people with severe coronary artery disease.

Doctors have lots of tools for predicting a patient’s health. But—as even they will tell you—they’re no match for the complexity of the human body. Heart attacks in particular are hard to anticipate. Now, scientists have shown that computers capable of teaching themselves can perform even better than standard medical guidelines, significantly increasing prediction rates. If implemented, the new method could save thousands or even millions of lives a year.

You already know that a healthy diet and not smoking are important for a healthy heart. In fact, traditional risk factors like a family history of heart disease and controlling high cholesterol, diabetes and high blood pressure, are all central to preventing heart disease. But there are some surprising ways you can up your odds of warding off a heart attack...

85% of hospital admissions for chest pain are NOT heart attack

Admitting people to hospital who don’t need to be admitted not only takes up valuable staffing and hospital resources that could be assigned to real heart patients in need, but also costs the health care system billions of dollars each year. As you can imagine, this is a real dilemma for the medical profession.

At the Heart Attack & Stroke Prevention Center (HASPC), we are 100% focused on heart attackprevention, stroke prevention, and providing optimal private care to individuals at risk. We practice the Bale Doneen Method using cutting edge techniques and technology to help predict and prevent the occurrence of heart attacks, ischemic strokes, and type 2 diabetes.

Most heart attacks are caused by coronary heart disease. This is when your coronary arteries narrow due to a gradual build-up of atheroma (fatty material) within their walls. If the atheroma becomes unstable, a piece may break off and lead to a blood clot forming.

The truth is that many heart attacks start slowly, as a mild pain or discomfort. If you feel such a symptom, you may not be sure what's wrong. Your symptoms may even come and go. Even those who have had a heart attack may not recognize their symptoms, because the next attack can have entirely different ones.

The immediate treatment for a heart attack is to find the blocked arteries and open them up. Ongoing care that includes lifestyle changes and new medications is also required to ensure the best recovery possible.

Welcome to the Texas Heart Institute at St. Luke's Episcopal Hospital website. In keeping with our mission to reduce the devastating toll of cardiovascular disease, we are pleased to provide a wealth of reliable information.