Where in health am I? : Home / Health Cloud / Challenges / Heart / HBP / Management 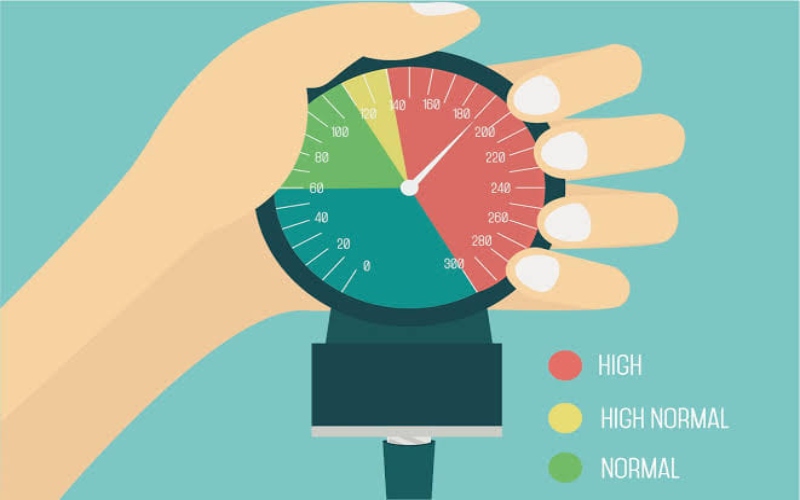 Why New Blood Pressure Guidelines Could Lead to Harm

The problem was not the guideline itself but some of the news coverage it prompted, with pronouncements that millions more Americans would need to lower blood pressure or that nearly half of Americans now had high blood pressure. A lot of the coverage made it sound as if something drastic had happened overnight.

Nothing had. We just changed the definition of hypertension.

High blood pressure, in general, is not something we should ignore.…

It is safe to continue taking your blood-pressure medications, researchers said.

Managing hypertension matters in the fight against COVID-19 too. What’s known about COVID-19 so far suggests that people with pre-existing conditions such as hypertension, diabetes and heart disease can experience severe complications when infected with SARS-CoV-2, the virus that causes COVID-19.

Acute blood pressure management in the emergency department is in my mind one of the most confusing and controversial topics in emergency medicine. Different blood pressure targets have been proposed for a variety of emergency medical and traumatic conditions. Guidelines are made to benefit the majority of patients with each condition but it is always necessary to consider individual factors such as age, preexisting uncontrolled hypertension and other comorbidities.

The new hypertension recommendations say doctors should consider prescribing blood-pressure drugs to patients age 60 and over whose levels are 150/90 or higher. The previous threshold was 140/90.

The prevalence of arterial hypertension, particularly systolic hypertension, is constantly rising worldwide. This is mainly the clinical expression of arterial stiffening as a result of the population’s aging. Chronic elevation in blood pressure represents a major risk factor not only for cardiovascular morbidity and mortality but also for cognitive decline and loss of autonomy later in life.

A suggested treatment protocol for moderate hypertension of >20 mm Hg above goal is: An ACE inhibitor or an ARB with a diuretic or a dihydropyridine (DHP) calcium channel blocker (such as amlodipine, felodipine, or nifedipine) combination. Start with a low dose and titrate upward.

The latest blood pressure guidelines: What they mean for you

Hypertension: Is It Time to Replace Drugs With Nutrition and Nutraceuticals?

First line drug treatment for hypertension and reductions in blood pressure according to age and ethnicity...

Similar reductions in blood pressure were found to be associated with new use of CCB as with new use of ACEI/ARB in non-black people who did not have diabetes, both in those who were aged younger than 55 and those aged 55 and older.

To align with its mission to reduce the global burden of raised blood pressure (BP), the International Society of Hypertension (ISH) has developed worldwide practice guidelines for the management of hypertension in adults, aged 18 years and older.

Angiotensin receptor blockers (ARBs) were found to be equally effective to angiotensin-converting enzyme (ACE) inhibitors for first-line treatment of hypertension; however ARBS may be less likely to cause adverse effects, according to the findings of a multinational cohort study recently published in Hypertension.

The American Heart Association and the European Society of Hypertension/European Society of Cardiology (ESH/ESC), as well as various meta-analyses, all concluded that the amount of blood pressure reduction is the major determinant of reduction in cardiovascular risk in both younger and older patients with hypertension, not the choice of antihypertensive drug.

Taking blood pressure medication at bedtime rather than on waking halves the risk of events such as heart attack and stroke, a major study has revealed. Experts say the findings could potentially transform the way such medications are prescribed, but questions remain, not least why taking the medication at night has such a profound effect.

Hypertension is one of the most common conditions seen in primary care clinics and emergency departments (EDs). Frequently, patients are found to have asymptomatic hypertension and referred to EDs for management, despite the fact that rapidly lowering blood pressure is not necessary and may be harmful. Yet many clinics still refer these patients for emergent management.

Combination therapy at the start of hypertension treatment: pros and cons

This article will elaborate the pros and cons of a two-drug regime at the start of treatment in newly diagnosed hypertensive patients, and whether the benefits outweigh the potential risks.

Hypertensive crisis management in the emergency room time to change?

A rapid, marked and persistent rise in blood pressure (BP) levels above 180/120 mmHg is a clinical condition currently defined as hypertensive emergency or urgency in the presence or absence of acute signs of hypertension-mediated organ damage, respectively.

Once a physician decides to prescribe medication to control a patient’s high blood pressure, the next decision — which one to choose — is complicated.

People who are just beginning treatment for high blood pressure can benefit equally from two different classes of medicine – angiotensin-converting enzyme (ACE) inhibitors and angiotensin receptor blockers (ARBs) – yet ARBs may be less likely to cause medication side effects, according to an analysis of real-world data published on July 26, 2021, in Hypertension, an American Heart Association journal.

Was it optimal to drop a diuretic as a first-line choice of drug treatment in the 2020 International Society of Hypertension Guidelines?

Modern hypertension guidelines are evidence-based in that they recommend medical treatments that have been proven effective in lowering blood pressure and preventing cardiovascular disease outcomes and death in randomised controlled clinical trials and/or in well-designed observational studies with large patient populations.

Why New Blood Pressure Guidelines Could Lead to Harm

The potential upside from this change is that because of “awareness,” more people might make lifestyle changes that lead to lower cardiovascular risk in the future. The potential downside is that more people may receive a diagnosis of high blood pressure, be overtreated with medication, and endure side effects or adverse outcomes. It’s not irrational to fear that these new guidelines might lead to more of the latter than the former.

“Finding the right combination of medications for uncontrolled hypertension may require some trial and error,” says hypertension specialist George Thomas, MD. In his work with patients, Dr. Thomas investigates possible explanations for difficulty in controlling blood pressures. These can include...