Where in health am I? : Home / Health Cloud / Challenges / Heart / NDE

Despise not death, but welcome it, for nature wills it like all else - Marcus Aurelius 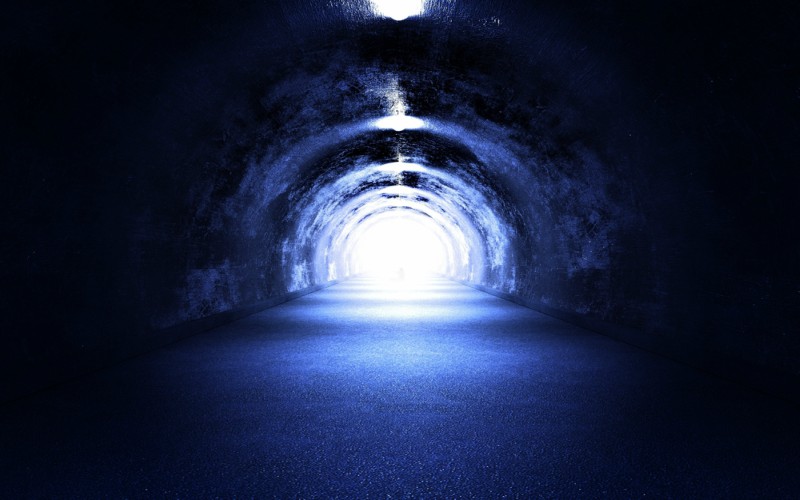 Near Death Experiences (NDEs) taken at face value do not make sense within the Western scientific framework and yet there is greater than zero evidence for them, which puts them in a somewhat paradoxical category.

No one disputes that people report these experiences. It is also possible that they have them as well, although theoretically people can have a memory of an experience that they never actually experienced.

What is unclear is whether what the person believe happened actually happened, for example hovering above an operating table and looking down on themselves.

NDEs are one among many "transpersonal experience" reports that conflict with the Western scientific framework. Others include past-life experiences, ESP, alien visitations, and astrology. The scientific view says these are impossible, and yet people report them.

Some see NDEs as evidence of a spiritual afterlife, whereas neurological accounts tend to explain them in terms of altered states of consciousness.

It is often said that people are "clinically dead" when they have NDEs, but what does that mean? Their heart may have stopped, but no one records EEGs on patients during these episodes, so what was going on in the brain is unknown. It is also unknown the degree to which the memory of the experience was reconstructed from whatever might have gone on in the brain during the episode. In other words, what was remembered might not be what actually happened, and the person might not have actually been "clinically dead" at the time.

NDEs will probably remain an unsolved mystery until science comes to a deeper understanding of how consciousness, episodic memory, and subjective experience work in the brain.

A Near-Death Experience Led Them to the Altar

“Marriage was something we were talking about but we weren’t in a hurry to get married,” he said. “We were committed to each other and wanted to have kids, but we were just not in a rush to get married.” Then came Mr. Gillman’s brush with death, which made the couple realize that tomorrow was not promised to either of them. Their views on marriage changed. “Spending weeks together in a hospital room brought us closer together, despite the seriousness and gravity of the situation,” Ms. Chyun said. “The brevity of life had never been more apparent to us, so we decided to tie the knot.”

More than 15 common characteristics of an NDE have been reported by near-death experiencers. An NDE may include only one or two of these elements, and, in a few cases, all of them.

The Afterlife of Near-Death

Recollections of brushes with death are often infused with a quality close to madness. “Though my senses were deadened, not so the mind: its activity seemed to be invigorated, in a ratio that defies all description,” wrote Rear Adm. Sir Francis Beaufort, who fell off a boat in Portsmouth harbor on June 10, 1791, certain that he would drown.

The Science of Near-Death Experiences

Over time, the scientific literature that attempts to explain NDEs as the result of physical changes in a stressed or dying brain has also, commensurately, grown. The causes posited include an oxygen shortage, imperfect anesthesia, and the body’s neurochemical responses to trauma. NDErs dismiss these explanations as inadequate. The medical conditions under which NDEs happen, they say, are too varied to explain a phenomenon that seems so widespread and consistent.

I remember re-entering my body and finding myself in a hospital with a stiff and overbearing neck brace. I had just spoken to a “council” of six shadow figures, who told me I had more work to do in the world and asked me if I wanted to do it. I said yes, and was returned back to earth. Hours earlier, I had been wakeboarding and hit a near-fatal wave that sent me to the hospital unconscious. What transpired when I was unconscious would dramatically shape the course of my life.

CA survivors commonly experience a broad range of cognitive themes, with 2% exhibiting full awareness. This supports other recent studies that have indicated consciousness may be present despite clinically undetectable consciousness. This together with fearful experiences may contribute to PTSD and other cognitive deficits post CA.

This week's Newsweek proclaims that "Heaven Is Real"--a neurologist concludes it after a near-death experience. But how much do we know about those experiences?

Have scientists proved there is life after death?

Research into 'near-death' experiences reveals awareness may continue even after the brain has shut down.

Near Death Experiences Make You a Better Person, Apparently

Myra's description echoes thousands of similar accounts of feelings of bliss, love and serenity from those who have come back from the brink during so-called "near death experiences" (NDEs). Likewise, her perception that the event had a positive impact on her personal values and goals is typical among NDE-ers. "Over the course of the next few weeks it came to me that I was here on a mission," she explains.

Near-Death Experiences Have a Freakish Amount in Common

But there are still some key differences, as a new study shows.

An overview is presented of the various theoretical approaches that have been adopted in attempts to account for the NDE.

Near-death experiences? Results of the world's largest medical study of the human mind and consciousness at time of death

The results of a four-year international study of 2060 cardiac arrest cases across 15 hospitals concludes the following. The themes relating to the experience of death appear far broader than what has been understood so far, or what has been described as so called near-death experiences.

Seeing your life pass before you and the light at the end of the tunnel, can be explained by new research on abnormal functioning of dopamine and oxygen flow

The First Few Minutes After Death

After countless accounts of near-death experiences, dating as far back as ancient Greece, science is now taking serious steps forward to explore the nature of the phenomenon. A new project aims to determine whether the experience is a physiological event or evidence that the human consciousness is far more complicated than we ever believed.

Turns out near-death experiences are psychedelic, not religious

Many people who have near-death experiences claim that such occurrences are proof of an afterlife, or that consciousness is not inextricably tied to a living, working brain. Their beliefs hold that consciousness can be maintained despite the absence of a physical body. But new research shows that these seemingly otherworldly sensations may actually be rooted in brain activity associated with psychedelics.

Are Near Death Experiences Scientific or Folklore?

Near Death Experiences (NDEs) taken at face value do not make sense within the Western scientific framework and yet there is greater than zero evidence for them, which puts them in a somewhat paradoxical category. No one disputes that people report these experiences. It is also possible that they have them as well, although theoretically people can have a memory of an experience that they never actually experienced.

Every day, all over the world, an increasing number of people, from all walks of life, are reporting near-death experiences (and related phenomena). This website has been created to gather, study, and share the most compelling of these experiences. Along with seeking a deeper understanding of the experiences themselves, this website also exists to help those who are interested embody the core truths of NDEs in our day-to-day lives.

This web site is a free public service. We do not allow proselytizing. We welcome and encourage all people of all backgrounds, nationalities, countries, and religions to read and participate on the website. Our Mission: To research and study consciousness experiences and to spread the message of love, unity and peace around the world.

As an educational nonprofit 501(c)(3) organization, the International Association for Near-Death Studies (IANDS) focuses most of its resources into providing the highest quality information available about NDE-related subjects. It is the only such membership group in the world. In addition to maintaining this information-rich website, IANDS publishes a peer-reviewed scholarly journal and a member newsletter, sponsors conferences and other programs, works with the media, and encourages the formation of regional discussion and support groups.

my life after Near Death Experiences

Me, A Psychic Sensitive, who tries to live with my feet on the ground, with my heart in Spirit, knowing this physical world is a step on the way to heaven. my many dreams of the afterlife, have given me a better Spiritual Perspective to live today, on earth.

Near-Death Experiences and the Afterlife

The main purpose of this website is to help people understand the tremendous importance of unconditional love which appears to be the most important revelation given to so many NDE experiencers.

Horizon Research Foundation is an independent charitable organisation that aims to provide support for scientific research and understanding into the state of the human mind at the end of life. We aim to do this by raising funds for high quality scientific projects, and provide various educational tools such as lectures, conferences and information booklets for the public and health care professionals.

The central objective of the Nour Foundation is to stimulate rational discourse on these existential questions from an interdisciplinary perspective that is rooted not only in sound academic theories, but in the shared commonality of our personal experience as well.

This Blog is about near death experiences, and how they help us live loving, peaceful lives. But, most anything could appear here.

Multiple commentaries on Near Death Experiences.