The only source of knowledge is experience - Albert Einstein 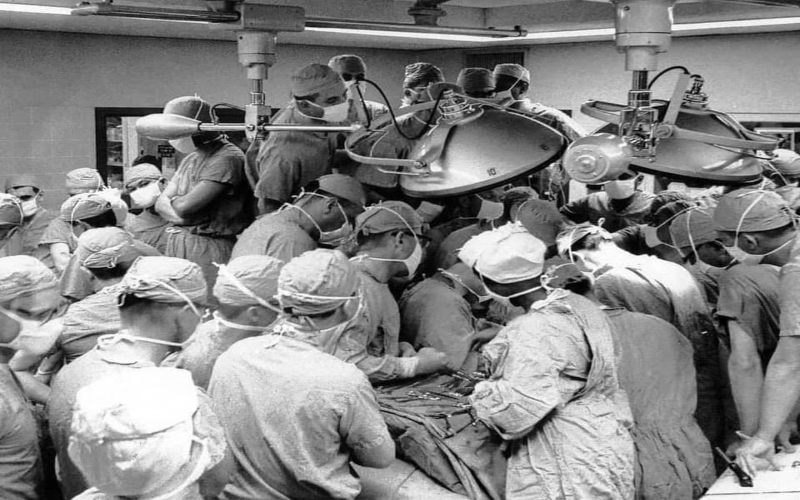 Nowadays cardiac surgery is taken for granted, whether it's operating on infants or performing heart transplantation. However if there one procedure that has generated more controversy, hands down it has to be coronary bypass surgery.

Coronary bypass has the longer history, traceable to 1910, when one surgeon made an (unsuccessful) attempt to perform bypass surgery on a dog.

But it wasn’t until 1968 that Rene Favaloro of the Cleveland Clinic described his success with human coronary artery bypass surgery: he grafted a vein taken from the patient’s leg into the heart’s vascular system to replace a blocked coronary artery. Favaloro’s report captured the imagination of many surgeons. Initially…

Delving into the 4 months I spent shadowing a Cardiothoracic surgeon, who I will not name, will delineate a picture of Pakistan’s medical care sector that is astoundingly perturbing but simultaneously essential to highlight.

Once scary, heart bypass surgery has become common and safer

Coronary artery bypass graft surgery — or CABG, pronounced “cabbage” — is one of the best known, most studied and most effective surgeries of the modern age. “It’s a very safe operation,” says Timothy Gardner, past president of the American Heart Association. “It has evolved and improved every decade,” Gardner says. Over the years, surgeons have continually gotten better at the complex dance of the two-to-three-hour procedure.

Coronary artery disease (CAD) is a disease caused by "hardening" (termed atherosclerosis) of the coronary arteries on the surface of the heart. CAD is the leading cause of death for both men and women in the United States.

CABG is a surgical procedure that uses veins from the leg or arteries from another part of the body to reroute blood around a blockage in the arteries that supply the heart with blood and oxygen (coronary arteries).

Patients with multivessel disease and significant disease of the proximal LAD randomly assigned in the ERACI II trial to PCI or CABG had similar survival and survival with freedom from myocardial infarction at long term follow up. Repeat revascularisation procedures were higher in the PCI group.

The average person with multiple diseased arteries in the heart does slightly better following coronary artery bypass surgery than after having stents inserted, a new study suggests, but the optimal procedure varies by patient. Researchers found slightly more heart patients survived at least five years after bypass surgery - 74 percent, versus 72 percent of those who had a stenting procedure, known as angioplasty. However, people who had no diabetes or heart failure and were non-smokers tended to have better outcomes with angioplasty than with more invasive surgery, the study team reported Monday in the Annals of Internal Medicine.

How Does Bypass Surgery Work?

A coronary bypass provides a detour for blood on its way to the heart. The creation of such an indirect route is necessary when one of the heart’s arteries becomes clogged with fat and cholesterol, a condition that can cause symptoms ranging from mild chest pains to massive fatal heart attacks. The operation is one of the most common major medical procedures in the United States, with over 500,000 of the surgeries performed every year.

The long-awaited study that looked at an inexpensive, non-invasive way to treat the No. 1 killer in America, heart disease, has been completed and it proved that the treatment works.

...bypass surgery improved survival for a few patients with the most severe forms of coronary artery disease, but for most others it relieved symptoms but did not extend lives.” The results raise a philosophical question of the goal of medical treatment: alleviating symptoms or lengthening lives? “How much is it worth investing in a surgical procedure, with all its risks,” he asks, “if all you’re doing is relieving symptoms?”

According to the American Heart Association 427,000 coronary artery bypass graft (CABG) surgeries were performed in the United States in 2004, making it one of the most commonly performed major operations. CABG surgery is advised for selected groups of patients with significant narrowings and blockages of the heart arteries (coronary artery disease).

Bypass surgery is the most common type of heart surgery. More than 240,000 people have successful bypass surgery in the United States each year.