Where in health am I? : Home / Health Cloud / Challenges / Heart / Heart Screening

The object of screening for disease is to discover those among the apparently well who are in fact suffering from disease - J. M. G. Wilson & G. Jungner 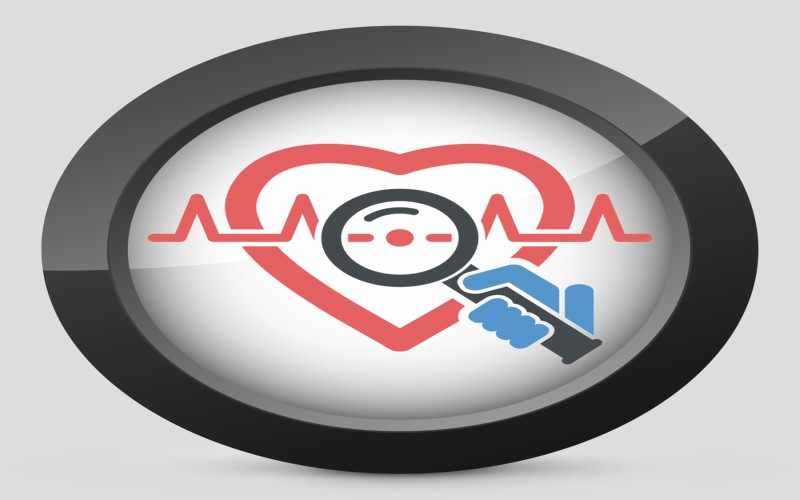 For example, cardiac screening tests offered in physicians’ offices, standalone centers and mobile vans – including carotid ultrasounds, cardiac CT scans, and coronary calcium scans – are better left undone. There is no data to show any improved outcomes from these tests, but they carry demonstrated risks of serious harm.

The harms include incidental findings…

The ASA Physical Status Classification System has been in use for over 60 years. The purpose of the system is to assess and communicate a patient’s pre-anesthesia medical co-morbidities. The classification system alone does not predict the perioperative risks, but used with other factors (eg, type of surgery, frailty, level of deconditioning), it can be helpful in predicting perioperative risks.

A Harvard Scientist Thinks He Has a Gene Test for Heart Attack Risk. He Wants to Give It Away Free.

Whether Kathiresan can really pull off a low-cost version in a medical system that is optimized to make money is as big a question as whether the test is ready for prime time.

Can Cardiac Screenings Save the Lives of Young Athletes?

An EKG exam could help detect heart disease in young athletes. Or it could send parents down a costly road of expensive follow-up exams that lead nowhere.

Heart Screening For Teens May Cause More Problems Than It Solves

Dozens of not-for-profit organizations have formed in the past decade to promote free or low-cost heart screenings for teens. The groups often claim such tests save lives by finding abnormalities that might pose a risk of sudden cardiac death. But the efforts are raising concerns. There's no evidence that screening adolescents with electrocardiograms prevents deaths.

The Dangers of Too Many Heart Tests

When do you really need to be screened for heart disease, and with which tests?

The classic criticism of screenings is the increased likelihood of false positives, when a mistake or flaw in a test means you're diagnosed with a disease you don't actually have. "A poor test could create thousands of false positives and overburden the health service such that people who really do have a heart condition can't get to see a doctor...

What Personal Genome Testing Can and Can't Do

As for personal genome service testing, actionable results with measurable outcome differences are still limited. But that is true for most medical knowledge, and yet we absorb everything we can for what ails us, so why not add genetics?

Dr. Lloyd-Jones at Northwestern said that testing for lp(a) should be considered for people with early-onset cardiovascular disease — which means younger than age 50 for men and age 60 for women — or a strong family history of it. Since high lp(a) is hereditary, those who have it often have a parent, sibling or grandparent who suffered a premature heart attack or stroke. When one person has it, it’s important to test other family members too.

These blood tests help to determine your risk for coronary artery disease and heart attack and guide your treatment.

Hospitals promote screenings that experts say most people should not receive

Hospitals hoping to attract patients and build goodwill are teaming up with medical-screening companies to promote tests they say might prevent deadly strokes or heart disease. What their promotions don’t say is that an influential government panel recommends against many of the tests for people without symptoms or risk factors. The panel says such screenings find too few problems to outweigh the drawbacks, which include false positive results and unnecessary follow-up procedures and surgery. Other medical experts warn that the tests could needlessly raise health-care spending.

In a landmark medical clash pitting the diagnostic merits of fancy tech versus vintage exercise machines, the new toys and old ways finished in a dead heat, cardiologists reported Saturday. The first showdown pitting 3-D, heart-imaging exams against older stress tests atop treadmills or stationary bikes found that among 10,003 heart patients, their rates of eventually having serious heart events were the same — no matter which method doctors used to check their tickers, researchers said.

4 Ways In Which AI Is Revolutionizing Cardiac Care

The biggest impact of AI in cardiac care will be in diagnosing cardiovascular diseases. Typical diagnostic pathways involve three stages. The first stage is measuring an electrocardiogram (ECG) at rest. Anomalies in this stage results in a combination of semi-invasive tests such as ECG stress test, stress echocardiography, and chest CT scan. Anomalies in this tests lead an invasive angiography. Researchers and companies, are already using AI to predict the anomalies quickly, cheaply and accurately without using the third invasive step.

7 Heart Healthy Tests That Can Save Your Life

Currently, one in every three deaths is from heart disease and stroke (approximately 2,500 deaths per day). It is time for a functional medicine approach to treat and prevent heart disease. Here are my seven heart tests that can save your life.

A dangerous new plan to screen 11-year-olds for their risk of heart disease.

The goals of testing for heart disease are to distinguish between symptoms that are heart-related and those that are due to another condition. Testing is ordered to help determine which heart disease is present, to determine whether the disorder is acute or chronic, to monitor a cardiac event that is in progress such as a heart attack, and to determine the severity and extent of the disease.

For a comprehensive look at your risks for heart attacks and stroke, this profile of fasting tests includes an advanced lipoprofile screening which can be a more accurate predictor of risk.