Where in health am I? : Home / Health Cloud / Challenges / Obesity / Obesity Epidemic

The US, and increasingly the world, is in the grip of a real epidemic — the seriousness of which is lost in our obsession with diets - Kenneth Cusi 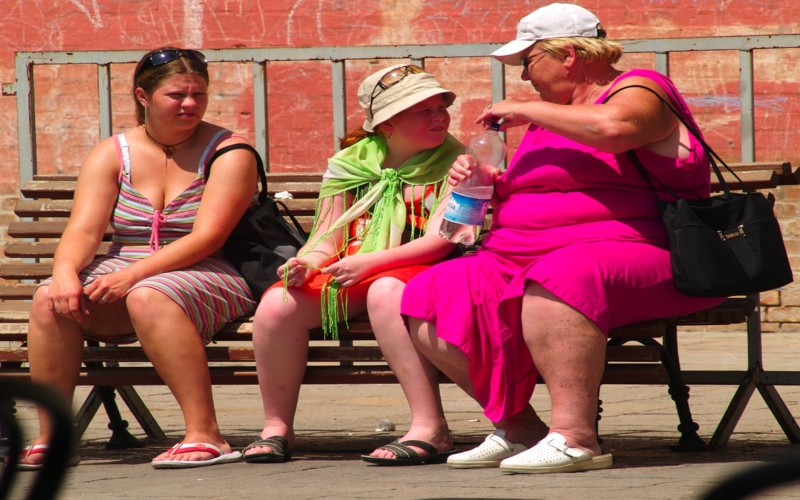 The One Thing To Do To Stop The Obesity Epidemic

I am frequently asked, “What is the one thing that can be done to stop the global obesity epidemic?” My answer: the one thing everyone can do is stop asking that question.

There is not one thing that caused the obesity epidemic. This is like asking, "What is the one thing that you can do to stop pollution, poverty, malaria or people posting cat videos on the Internet?" Major global health problems do not disappear with one simple solution, one gadget, one technology, one app, one person or one policy. Dr. Harry Rutter, obesity and non-communicable disease expert at the London School of Hygiene and Tropical Medicine, explains this eloquently in his article in the International Journal…

Fast food is fueling an obesity epidemic in Africa

The African continent is growing ever more obese. Rapid urbanization, population growth and expanding economies which swell the ranks of middle-income families, are leading to more Africans indulging in fast foods.

To be fair, there indeed are humans who have been calling for greater action. Unfortunately, not enough people are listening to them.

Michael Bloomberg: Here Is $50 Million To Address The Opioid Crisis

“We are experiencing a national crisis: For the first time since World War I, life expectancy in the U.S. has declined over the past three years—and opioids are a big reason why. We cannot sit by and allow this alarming trend to continue—not when so many Americans are being killed in what should be the prime of their lives,” said Bloomberg...

Global cooling has long ceased to be a serious concern, but global warming and melting polar ice caps dominate the news. Instead of global hunger and mass starvation, we face an obesity epidemic, unprecedented in human history.

The US government for the first time decided to research just how prevalent eating fast food is across its 50 states. The findings, released this week, are staggering. One in every three American adults, about 37%, eats fast food on any given day—accounting for about 85 million people. The results were unveiled by the US Centers for Disease Control and Prevention and are based on a survey of 10,000 people over the course of four years. Researchers found that as people get older they eat less fast food. They also discovered that the percentage of adults eating fast food got bigger with the more income they earn. Men are more likely to eat fast food at lunch than women, and women are more likely to eat it as a snack.

EXPANDING WAISTLINES MAY be caused by more than bad diets and sedentary habits. Antibiotics could be disrupting our gut bacteria, helping people pack on fat like farm animals.

More Than 10 Percent of World’s Population Is Obese, Study Finds

More than 10 percent of the world’s population is now obese, a marked rise over the last 30 years that is leading to widespread health problems and millions of premature deaths, according to a new study, the most comprehensive research done on the subject.

Obesity isn’t just causing a global health crisis. It is also exacting a high economic toll. The global obesity epidemic is costing the world economy $2 trillion a year in health-care costs, investments to mitigate its impact and lost productivity, according to a new study published Wednesday by the McKinsey Global Institute.

Researchers are uncovering some pretty strange culprits behind the obesity epidemic—everything from air-conditioning to infectious love handles.

Why Do Americans Keep Getting Fatter?

The US, and increasingly the world, is in the grip of a real epidemic—the seriousness of which is lost in our obsession with diets. One study estimated an additional 65 million obese Americans by 2030, and increased medical costs between $48 billion and $66 billion a year.

Why the Obesity Epidemic Could Be Much Worse Than We Think

A little study out of Louisiana State University could have some big implications. It found that fat gain might not always show up on the scale.

The One Thing To Do To Stop The Obesity Epidemic

The Campaign to End Obesity Action Fund collaborates with leaders from the Administration, Congress and federal agencies on legislation and policies to reverse the obesity epidemic.

The Obesity Action Coalition (OAC) is a nearly 50,000 member-strong 501(c)(3) National non-profit organization dedicated to giving a voice to the individual affected by the disease of obesity and helping individuals along their journey toward better health through education, advocacy and support.

Bloomberg Philanthropies is stepping up to combat this growing and deadly trend by helping to identify and implement policies that aim to halt, and ideally reverse, the global rise in obesity. Bloomberg Philanthropies launched the Obesity Prevention Program to support policies targeted at preventing obesity among individuals in Mexico. If proven successful, these policies can be used in other low- and middle-income countries.

The Obesity Society is the leading scientific society dedicated to the study of obesity. Since 1982, The Obesity Society has been committed to encouraging research on the causes and treatment of obesity, and to keeping the medical community and public informed of new advances.

ObesityWeek has something for every scientist, physician, surgeon, allied health professional, and policy maker interested in solving one of the world’s biggest public health problem. ObesityWeek is a unique, international event focused on the basic science, clinical application, surgical intervention and prevention of obesity.

The STOP Obesity Alliance will foster change in society's perceptions of, and approaches to, preventing and treating obesity in the context of the real-world environment in which we live.

The State of Obesity

The State of Obesity (formerly F as in Fat) has raised awareness about the seriousness of the obesity epidemic, encouraged the creation of a national obesity prevention strategy and highlighted promising approaches for reversing the epidemic at the state and local level. The State of Obesity is a collaborative project of the Trust for America's Health and the Robert Wood Johnson Foundation and is supported by a grant from the Foundation.

The Walk from Obesity is the nation’s largest gathering of individuals affected by obesity. In cities all across the country, those focused on addressing obesity will join forces and walk to raise money for research, education, prevention and treatment of obesity.

World Obesity Federation represents professional members of the scientific, medical and research communities from over 50 regional and national obesity associations. Through our membership we create a global community of organisations dedicated to solving the problems of obesity. Our mission is to lead and drive global efforts to reduce, prevent and treat obesity.