Where in health am I? : Home / Health Cloud / Challenges / Pain / Earache

I think, in a world of mouths, I want to be an ear - Jens Lekman 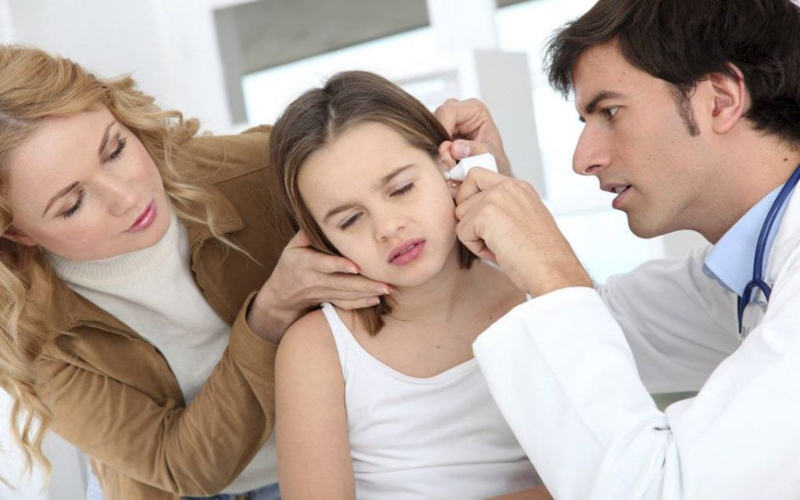 For the love of God, please stop sticking things into your ear

Every now and then, doctors update their "best practice" guidelines based on new research and new problems that come up...

For the most part, the rules for ear doctors haven't changed much since the last ones came out in 2008. But the new guidelines explain how doctors should treat certain ear issues, and how to respond to stickier earwax problems. It also includes some helpful guidelines on how you, the patient, should take care of your ears.

One notable change, says Seth Schwartz, chair of the guideline update group, is that the "ear candling" is now called out specifically as something patients definitely should not do.

Ear pain mimics: It's Not All About Otitis Media

Though ear pain is often due to otitis media or externa, it is important to include other diagnoses, some of which could be life-threatening, “can’t miss” causes.

Why do your ears hurt underwater?

You drop a quarter in the deep end and swim down to get it. I know the first thing you are going to ask: Why do I have a quarter in the pool? Does it matter. What matters is that your ears are killing you. Boy, that hurts. Why do your ears hurt and what can you do about it?

Think Like a Doctor: A Knife in the Ear

Can you figure out why a middle aged man developed an earache and pupils of different sizes?

Think Like a Doctor: A Knife in the Ear Solved!

On Thursday we challenged Well readers to solve the mystery of a 39-year-old man with an earache and asymmetrical pupils. More than 200 of you wrote in with your thoughts on his diagnosis, but only a handful got the two part answer completely right. The correct diagnosis is… Horner’s syndrome caused by a dissection of the carotid artery.

For many patients, it can be difficult to alter existing travel plans due to illness, so it is important that we educate patients about what to do if they experience trauma to the ear and symptoms persist after flying.

Flying and Your Child's Ears

If your child has an ear infection, your doctor may recommend delaying flying, if possible, until the infection is gone to avoid increased pain and possible rupture, or tear, of the eardrum. In kids who have had tubes inserted in the eardrums because of ear fluid problems, the artificial tubes will help the air pressure equalization happen more easily.

A common cause of clogged ears with inability to pop them easily is due to eustachian tube dysfunction. There are a number of ways to address this annoying problem, but one of the first steps to try is intranasal medications whether in nasal spray form or nasal drop form.

Why do I feel pain in my ear when swallowing?

There are many reasons why a person’s ears might hurt when they swallow. The three most common causes of this pain are infections of the ear, nose, and throat.

Doc, my ear hurts when I talk

Mastoiditis is not well-studied in adults so the exact incidence is unknown, however the most common isolates are Streptococcus pneumoniae, Streptococcus pyogenes and Staphylococcus aureus, including MRSA. Because of this, vancomycin is the antibiotic of choice.

For the love of God, please stop sticking things into your ear

Doctors are updating the guidelines on how to mind your earwax. Spoiler alert: Q-tips and ear candling are still bad for you.

Hearing and balance are critical to how we conduct our daily lives. ENT specialists treat conditions such as ear infection, hearing loss, dizziness, ringing in the ears (called tinnitus), ear, face, or neck pain, and more.

Top 4 causes -Ear infection -Swimmer’s ear -Common cold without ear infection — sometimes a simple cold can cause congestion or pressure inside the ear, which can be painful -Referred pain from another source — sore throat or tooth pain can be perceived as ear pain.

Ear problems are often caused by an infection. However, other conditions may also cause ear pain or discomfort.

Pain in the ear can occur because of conditions within the ear, the ear canal, or affecting the visible portion of the ear (the pinna). Acute middle ear infection, medically called acute otitis media, is inflammation of the middle ear and is the most frequent diagnosis in sick children...

The following steps can help prevent earaches: -Avoid smoking near children. Second-hand smoke is a major cause of ear infections in children. -Prevent outer ear infections by not putting objects in the ear. -Dry the ears well after bathing or swimming. -Take steps to control allergies. Try to avoid allergy triggers. -Steroid nasal spray may help reduce ear infections. However, over-the-counter antihistamines and decongestants do NOT prevent ear infections.

Earache is cited as the most common reason for a parent to call a doctor out of hours for their child. It will often be the result of an ear infection. Adults are less likely to experience earache and ear infections than children.

Otalgia is aching or pain in the ear and causes can be primary, relating to the ear itself, or referred from sources outside the ear.