Where in health am I? : Home / Health Cloud / Challenges / Organ Transplantation / Transplant Centers

Education, housing and hospitals are the most important things for society - Zaha Hadid 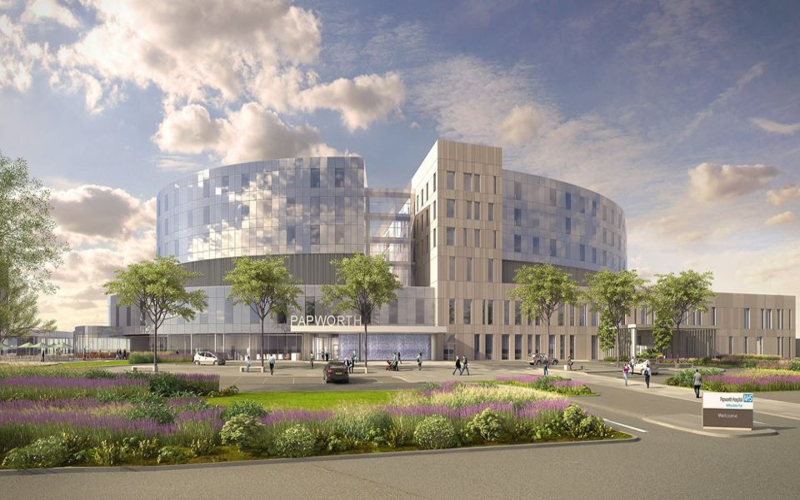 The man died in Pennsylvania. It was a stroke in the middle of the night.

Within hours, the news had traveled across the country. Phones vibrated and pinged and rang. Metallic automated voices gave brief reports. Those receiving the news wasted no time. They were soon poring over the man’s medical history — diabetes, high blood pressure — and studying the function of his heart, his liver, his pancreas, and his lungs. With a few clicks, some would even be able to inspect the glistening surface of his kidneys.

These were transplant surgeons, scrambling to determine whether these organs in Pennsylvania could give their sick patients new life. But part of that work had already been done for them — by a website.

Called DonorNet, it is part of the online system run by the United Network for Organ Sharing, the nonprofit that oversees all transplants across the country. DonorNet can seem like an ever-growing library of tragedies — in late April, it held records of 3,945 natural deaths, 1,323 car accidents, 905 suicides, and 414 homicides.

Yet hidden behind the graphic details of gunshots and strokes and asphyxiations is a medical tool as finely tuned as any scalpel or ultrasound.

Its algorithms match the organs of those who’ve just died to those who are on the waiting list, and they are constantly being revamped, even as they handle more and more traffic. Last year, those algorithms facilitated 24,980 transplants — up nearly 9 percent from 2013.

The online system takes into account much more than just body size and blood type when connecting available organs to potential recipients. It also calculates how far an organ would have to travel to reach a patient — and how long it could survive doused with preservative fluid and packed in sterile ice, or hooked up to a pump.

“For hearts, it’s four hours or so. For lungs, it’s six, eight hours tops, or maybe 10. For livers, it’s 12 to 14 hours max,” said Christopher Curran, the director of organ operations and surgical recovery at the New England Organ Bank. “We’ll ship kidneys around the country, and they can tolerate 24 to 36 hours outside the body — for good kidneys.”

With more than 120,000 patients waiting for a transplant — from preemies to grandparents — geography is just one of many variables in the equation. The algorithm also takes into account a slew of details about their lives and health.

“It used to be, many years ago, the primary factor was waiting time. In simplistic terms, the people who had waited the longest got the highest priority,” said Rob McTier, who helps manage the online system at the United Network for Organ Sharing, known as UNOS.

Now, those algorithms have become a lot more intricate. And every change is the result of years of fierce debate among surgeons, patient advocates, and transplant policy makers.

In December 2014, for instance, the kidney algorithm was overhauled. Those whose immune systems are likely to reject most organs are now given priority when the rare compatible kidney becomes available. Another change: The organs in the best shape now tend to go to those patients likely to survive longer, so that the recipients won’t need another transplant down the road.

“That took about 10 years to work through the comment processes,” said Alex Tulchinsky, the chief technology officer at UNOS.

The organization is now working on changes to the liver algorithm to smooth out wait times, which now vary greatly by region.

It isn’t just the algorithms that have been tweaked. Before 2007, someone had to call the surgeon responsible for each patient deemed a potential recipient of an organ, one after the other, until one of them said yes.

Now, all of those calls go out automatically, at the exact same time.

The transition was hardly seamless; at first, DonorNet offered the same organ to too many surgeons at once, “waking people up in the middle of the night six times a night for an [organ] that was never going to come to them,” said Dr. David Gerber, the chief of abdominal transplant surgery at the University of North Carolina.

“Back then if you brought up the word DonorNet, you had to step back because you were going to get some vitriol,” Gerber said.

UNOS has since pared back the outreach, and surgeons have gotten used to the metallic, Siri-like voice of DonorNet.

As Roger Brown, the director of the UNOS organ center in Richmond, Va., put it, “When they hear that voice, they know what they need to do.”

They need to wake up, or stop their cars, or step out of their meetings. They need to log immediately onto DonorNet to review lab results and life histories. They have an hour to decide whether this organ is right for their patient.

Most donors have been declared brain dead; they’re on ventilators to keep the organs pumping in their bodies until it’s time for each one to be transported to another operating room, where the recipient will be ready and waiting. But sometimes — especially in the case of kidneys — the organs have already been removed, and transplant surgeons can examine pictures online.

A few weeks ago, Dr. Nahel Elias, director of kidney transplantation at Massachusetts General Hospital, clicked on a link to check out a kidney. It turned out it wouldn’t have functioned well enough to transplant: it was covered in cysts. They looked like snails clinging to a seaside rock.

For contrast, Elias clicked to another patient’s organ. “This is a healthy kidney,” he said. “It’s smooth and pink. It only has a little bit of fat.”

Another few clicks, and his screen filled with the image of someone’s liver clutched in a gloved hand. “That’s a nice looking liver,” he said. “It’s smooth, it has sharp edges, it doesn’t have too much fat, so the color is more toward that burgundy purple, not yellowish.”

Everyone involved in the organ donation process seeks to rigorously protect patient privacy. They would not give details about the Pennsylvania man’s life or share what happened to his organs.

For his part, Elias tries not to think too much about the donor. It’s “always a sad story,” he said. Instead, when he gets pinged by DonorNet, he focuses on the organ on his screen — and on whether he can use it to save a life.

Source: Eric Boodman, Matching hearts — and kidneys and lungs. This website makes organ transplants in the US possible, Stat, June 10, 2016.

A simple bureaucratic organ donation fix will save thousands of lives

Research at the University of Pennsylvania, sponsored by Arnold Ventures, an organization we founded, showed that a better-functioning system could mean as many as 28,000 additional lifesaving organ transplants every year. Because the cost of a broken system is in many ways borne by Medicare, the government has every reason to fix it for patients and taxpayers alike.

According to Dorry Segev, a professor of transplant surgery at Johns Hopkins University, the travel disruption is likely leading to delays, which affects the quality of the kidney and could prompt some patients to postpone the care they need.

Matching hearts — and kidneys and lungs

This website makes organ transplants in the US possible.

Get started by searching for transplant programs. The Scientific Registry of Transplant Recipients ( is an ever-expanding national database of transplantation statistics.

The listing of top transplant centers in the United States.