The journey not the arrival matters – T. S. Eliot 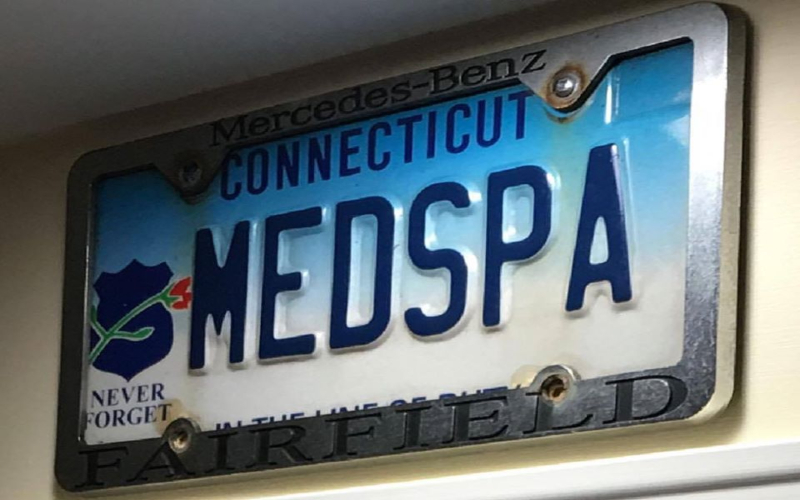 For many years, medical spas have gotten a bad rap. They’ve often been seen as shady, semi-legal operations offering knock-off lip fillers for a reduced price and reduced safety.

Certainly, there are plenty of dodgy med-spas out there, and you should always consult the help of a licensed, experienced doctor before undergoing any treatment, medical or otherwise. But a growing wave of people seeking a more holistic approach to health are turning to formats and treatments that lie outside the standard Western medical playbook, and that might just be a good thing.

Beyond the Standard Playbook

Is Botox Too Easy to Get?

Drop-in injectable bars are on the rise as familiarity and comfort with minimally invasive cosmetic procedures has grown. But do they downplay the risks?

Medical spas one of the fastest growing medical tourism sectors...

At least 50 percent of medical spas and medical aesthetic practices operate illegally, according to the American Med Spa Association. That means you could really be putting yourself in danger with that suspiciously cheap Groupon for Botox or lip injections.

Unlike the US, where spas are primarily about relaxation, German spa towns typically are visited by people recovering from injuries or living with chronic diseases.

What is a Med Spa? What Should You Look For?

While traditional day spas are great ways to unwind and receive simple, soothing treatments or services, med spas take it to the next level and offer you more elaborate or complex procedures that cannot be done at a typical day spa without medical certification or experience.

Medical Spas Get a Checkup

States are tightening regulations on medical spas—and wading into some ugly disputes over where beauty treatments stop and the practice of medicine begins.

What to consider before going to a medical spa

The number of medical spas – hybrids of medical clinics and day spas – in the U.S. is up more than fourfold since 2007, from around 800 in 2007 to 4,500 today, according to the International Medical Spa Association. Why?

Medical spas, however, remain a small percentage of the overall spa market. Day spas, which aren’t supposed to offer medical treatments, are much more common. But the distinction can be confusing.

Medical Resorts and Med Spas: What’s Best For You?

Quitting My Job in the ER to Open a Med Spa Was a Shock. But I Made it Work.

I spent my years as an ER doctor giving things away. I gave you my undivided attention, I worked tirelessly to solve your problem, I handled your feelings with great care, and as you were leaving, I filled up a bag with supplies so you would be more comfortable at home. As an entrepreneur, things were different. The first time I had to look into someone’s face and say, “That will be $100,” I cringed.

For many years, medical spas have gotten a bad rap. They’ve often been seen as shady, semi-legal operations offering knock-off lip fillers for a reduced price and reduced safety. But now that might all be changing.

These are 10 of the Best Medical Spas in the World

Plastic surgery’s popularity is quickly being overtaken by the popularity of a modern, less invasive option: medical spa treatments. At a med spa, you can get a non-surgical face lift, body sculpting treatments, fillers, Botox, collagen-stimulating facials, and so much more. After a relaxing trip to a med spa, you’ll walk out looking younger, smoother, slimmer, and more refreshed— with no surgery required.

Offering comprehensive programs that promote beauty inside and out, today's medi-spas provide services such as laser therapy and body contouring, side-by-side with nutritional counseling and alternative therapies. Diet, lifestyle choices and happiness are directly linked to youthfulness and vitality and the medi-spas of the future will no doubt reconcile wellness diagnostics with holistic approaches.

Relax And Rejuvenate At One Of Europe's Best Medical Spas

While the world traveled to Asia and the States for pampering and well-being, European spas, once in the forefront of medical and wellness resorts, fell out of favor and out of fashion. Their old-style charm looked shabby, and they were being kept alive by the infirm and elderly on health insurance packages. Then a few years ago something stirred in the surrounding mineral-rich waters and muds that were still in situ, and the resorts were given the facelift they required for the 21st century.