Where in health am I? : Home / Health Cloud / StaynHealthy / Sexual Health / Sexual Harassment

Armed with a plethora of experiences, I have learned that when it comes down to it, sexual harassment is motivated by power, not passion, not lust, and certainly not love - Haley Eltherington 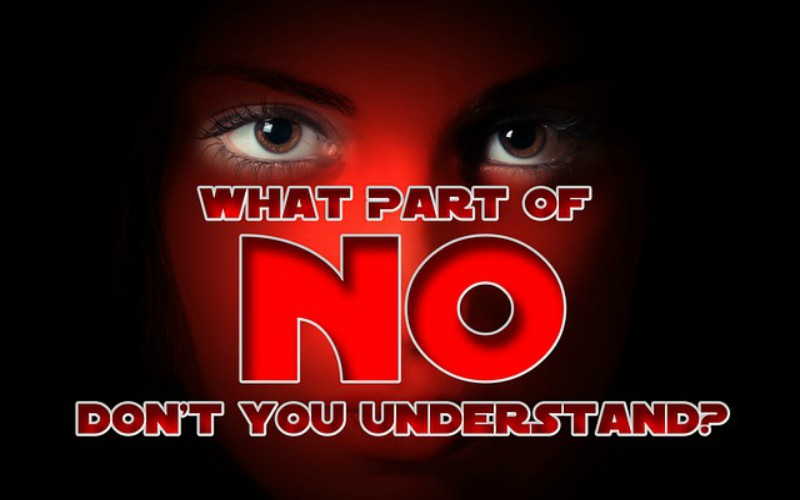 Why Sexual Harassment Is Most Importantly a Men’s Issue

I’m 7 years old, walking distractedly from my locker to my classroom trying to remember what sex is, as it was quickly explained to me by a sixth grader during recess a few weeks prior. A boy that regularly follows me home on his bike is circulating a rumour amongst all of my friends that we had sex in a bathtub “three whole times.” After revisiting this memory with my mother at the age of twenty-two, wide-eyed she softly remarked, “wow, I forgot about that.” If only it were that dismissible for me.

How the federal courts have failed victims of sexual harassment

Federal judges have developed a narrow view of what behavior is bad enough to be illegal.

How the Kavanaugh allegations became a test for #MeToo

The #MeToo movement exposed the myths around assault. What happens with Brett Kavanaugh will show if anything has really changed.

What Reporting Sexual Harassment Taught Me

When you report an incident, you’re apparently also supposed to know how it should be prosecuted.

I’m disturbed because so many people KNEW what he was doing. They knew and they turned a blind eye which allowed Harvey to continue to demean, degrade, and damage so many women for so many decades.

It's not just movie moguls and politicians; the problem is rampant in STEM fields as well. But recent moves by major organizations could mark a sea change in addressing this entrenched, degrading behavior.

Remarkably little research has been performed on the effectiveness of employers’ efforts to raise awareness.

How #MeToo Could Put Powerful Sexual Predators in Prison

So far the fallout from a national outcry over sexual harassment and assault has mostly been damaging to reputations and careers. What about prosecution?

How (Some) Women Are Detracting from Serious Discussion about Street Harassment

A recent video shed light on the street harassment that women suffer on a daily basis. But much of the ensuing chatter—particularly from women—has served to obscure the problem.

It's Not Just O’Reilly and Weinstein: Sexual Violence Is a “Global Pandemic”

The issue transcends national borders and class boundaries to touch the lives of roughly 33 percent of all women worldwide.

Campus cultures across the United States have undergone a remarkable shift in recent years. Growing numbers of students have insisted that University administrators create “safe spaces” and demanded that their professors provide trigger warnings before asking them to engage with potentially unsettling content.

Sexual Harassment Isn't A New Battle: These Women Have Been Fighting Against It For Years

While this is an empowering time for some, for many organizers who have been working in this space for years, this is just another stop on their long road to end sexual harassment.

The 3 Things That Make Organizations More Prone to Sexual Harassment

Nothing's foolproof, but there are research-proven changes companies could make.

The long reach of sexual assault and sexual harassment: Both can worsen women's health at midlife

Being a victim of sexual assault or of sexual harassment in the workplace can do more than crush a young soul and stunt a rising career. New research finds that the experience of sexual violence or intimidation can take a toll on women’s physical and mental health years later, at a crucial juncture.

The Movement of #MeToo

For all the frequent grumbles about the passivity of most forms of Twitter activism, this was a moment in which the form fit perfectly with the message: The goal of #MeToo, as Milano’s friend told her, was simply to give people a sense of “the magnitude of the problem.”

We can't stop sexual harassment until we restructure corporate boards

As executives in Hollywood and other industries hold their breath to see who will be the next subject of an exposé on sexual harassment in the workplace, the nation’s board members should be on high-alert: They are also culpable for harassment in the companies that they are supposed to steward.

When You Experience Sexual Harassment at Work

There are many options for people who feel they have been sexually harassed. There is, however, absolutely no substitute for legal advice that is specific to your situation. Here are some important things to think about.

Sexual harassment includes sexual invitations, touching, and sexually suggestive comments. None of these things are acceptable in the workplace. Yet they are pervasive. And, sometimes, the people enacting such behavior are valuable colleagues. Yes, even “good guys” can behave inappropriately.

4 Power Moves You Can Make To Stop Workplace Sexual Harassment

Let’s be clear: The harasser is the problem. There is no excuse for the behavior and the behavior needs to stop. Also, you have power. You have opportunities to use your power against the person trying to exert power over you. Here are four power moves to help curb sexual harassment in the workplace...

A safe space for women (and everyone else!) to share their stories and to educate others on the nature and frequency in which sexual harassment occurs. This blog frequently contains stories involving sexual assault and abuse and while those things will always be tagged with trigger warnings, it is important to be aware of this before following or reading this blog.

We envision a world where diversity is celebrated and all people are treated with dignity and respect and have full autonomy over their own bodies and sexual expression.

Stop Street Harassment (SSH) is a nonprofit organization dedicated to documenting and ending gender-based street harassment worldwide. It started as a blog in 2008 and became incorporated as a 501(c)3 in 2012. We believe that street harassment impedes gender equality and must be taken seriously

The Advocates for Human Rights

Sexual harassment is a violation of women's human rights and a prohibited form of violence against women in many countries. Sexually harassing conduct causes devastating physical and psychological injuries to a large percentage of women in workplaces around the world.

Why Sexual Harassment Is Most Importantly a Men’s Issue

Armed with a plethora of experiences, I have learned that when it comes down to it, sexual harassment is motivated by power, not passion, not lust, and certainly not love.

One of the better news sources on the Internet.