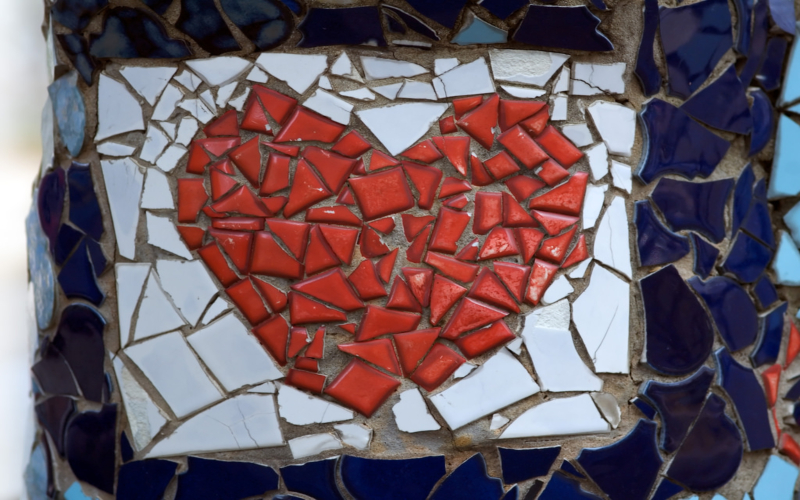 Broken Hearts Can Be A Matter Of Life And Death: The Real Dangers Of Heartbreak

The proverbial broken heart threatens anyone brave enough to put his love and trust into someone else’s hands. It’s that emotional phenomenon your mother warned you about during infamous teen angst years. But what happens when a broken heart is more than just a flood of feelings and actually enters into a physical, sometimes life-threatening state?

You’ve just been broken up with, or worse, a loved one has died and you feel the physical ache within the left cavity of your chest. You may be experiencing a rite of passage through adulthood’s love and loss, or you could be experiencing a life-threatening condition — broken heart syndrome. The blood pumping in and out of your heart becomes…

'Broken-Heart' Syndrome Is Real. This Complication Makes It Deadly.

In the new study, the researchers aimed to better understand how patients fare when they develop broken-heart syndrome with cardiogenic shock, and what treatments could help these patients.

Can a Broken Heart Really Break Your Heart?

You may be surprised to hear that there is a condition called "broken heart syndrome," and it has been the focus of many scientific studies. Also known as "stress-induced cardiomyopathy" or "takotsubo cardiomyopathy," the condition is triggered by an onset of emotional distress.

I can’t tell you how many times I have explained to a patient that they are having a heart attack from a thrombus in a coronary artery and we need to do an angiogram to open the vessel and restore blood flow, just to be eating my words later asking them to forget everything I previously said because their coronary arteries were normal on the angiogram ... they have Takotsubo cardiomyopathy!

Named after a Japanese octopus trap (which is balloon-shaped), Takotsubo cardiomyopathy is stress-induced heart failure. Extreme emotional distress can physically change the way the heart pumps. Not only is this often mistaken for a heart attack, since it can mimic the characteristic EKG and cardiac enzyme findings, but it can kill a person. No one is sure how this happens, but it’s thought that the surge in adrenaline caused by grief disrupts the functioning of heart muscle cells.

Takotsubo cardiomyopathy can often be difficult to distinguish from acute coronary syndrome. Notable similarities in an age- and sex-matched comparison included an elevated troponin and evidence of myocardial ischemia on initial EKG (seen in 80% of Takotsubo patients), suggesting that these characteristics aren’t useful for distinguishing between the two conditions.

You can die of 'broken heart syndrome'

Researchers are looking at a potentially fatal heart condition that results from sudden intense emotions such as grief.

Broken Hearts Can Be A Matter Of Life And Death: The Real Dangers Of Heartbreak

The more fragile a person's health is, the more likely his broken heart could worsen his medical condition. So be gentle with people's hearts, as you would want them to be gentle with your own.

A typical stressful event that may bring on Broken Heart Syndrome are, a sudden death of a loved one, a big financial loss, domestic abuse, sudden job loss etc.

Sciences in the Mural of Life

My non-expert notion is that it’s tied in to the chemical characteristics of post-menopause. Women in that stage of their lives have less 17 ß-estradiol, the main estrogen hormone, and lower concentrations of other sex hormones.

Most of the abnormalities in systolic function and ventricle wall movement clear up in one to four weeks, and most patients recover fully within two months. Death is rare, but heart failure occurs in about 20% of patients. It’s treated with diuretics, agents that improve heart muscle contraction, and other therapies.

Tako-tsubo cardiomyopathy is indistinguishable from a STEMI in the ED. No criteria can be safely used to differentiate between the two conditions. You should activate your local code STEMI protocol.

Whether preceded by the sudden death of a loved one, a frightening medical diagnosis, a car accident or even a surprise party, the phenomenon is 7.5 times more common in females, and women older than 55 are 2.9 times more likely to develop broken heart syndrome than younger women, the researchers found.

Most people who experience broken heart syndrome think they may be having a heart attack, a more common medical emergency caused by a blocked coronary (heart) artery. The two conditions have similar symptoms, including chest pain and shortness of breath. However, there’s no evidence of blocked coronary arteries in broken heart syndrome, and most people have a full and quick recovery.

Medical professionals are becoming increasingly aware of a condition called broken heart syndrome, or stress-induced cardiomyopathy, which is often brought on by emotional or physical trauma, and tends to mimic a heart attack. Essentially, researchers have found that our hearts really can “break” when we are grieving or experiencing stressful life events.