Most people have had their LDL cholesterol measured. Have you ever had your Lp(a) tested - Joe Graedon 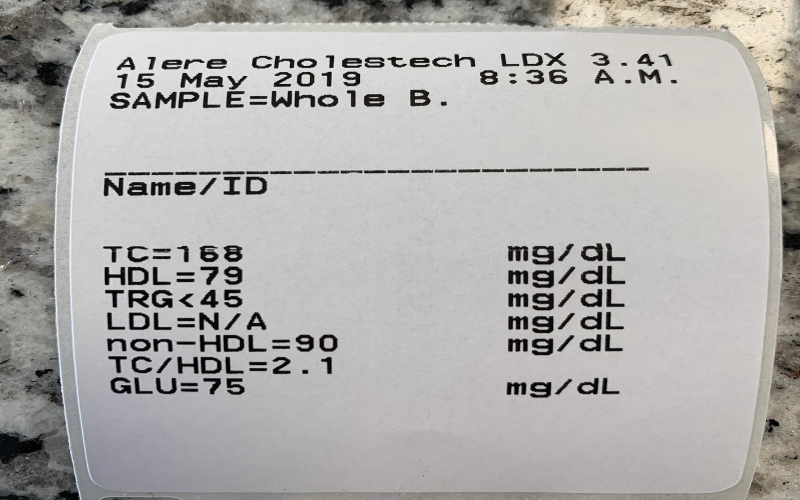 To millions of Americans, Bob Harper was the picture of health, a celebrity fitness trainer who whipped people into shape each week on the hit TV show “The Biggest Loser.”

But last February, Mr. Harper, 52, suffered a massive heart attack at a New York City gym and went into cardiac arrest. He was saved by a bystander who administered CPR and a team of paramedics who rushed him to a hospital, where he spent two days in a coma.

When he awoke, Mr. Harper was baffled, as were his doctors. His annual medical checkups had indicated he was in excellent health. How could this have happened to someone seemingly so healthy?

The culprit, in turned out, was a fatty particle in…

Is it time to retire cholesterol tests?

The next time you go in for a medical checkup, your doctor will probably make a mistake that could endanger your life, contends cardiologist Allan Sniderman of McGill University in Montreal, Canada. Most physicians order what he considers the wrong test to gauge heart disease risk: a standard cholesterol readout, which may indicate levels of low-density lipoprotein (LDL) or non-high density lipoprotein (non-HDL) cholesterol. What they should request instead, Sniderman argues, is an inexpensive assay for a blood protein known as apolipoprotein B (apoB).

Measuring cardiovascular disease risk and the importance of apoB

Those with a family history of early heart disease not only need to get tested for the usual risk factors of high cholesterol, high blood pressure, diabetes and smoking but also must make sure they know if their Lp(a) is high and get their children tested as well.

VLDL – The Role of Triglyceride-Rich Lipoproteins and Remnant Cholesterol

Lipoproteins are important biochemical substances whose main purpose is to carry lipids from one tissue to another. VLDL is produced by liver cells and is an important carrier of triglycerides (TGs) and to a lesser extent cholesterol. Once in the circulation, VLDL is broken down in capillary beds by an enzyme called lipoprotein lipase, releasing lipids, mainly TGs, for energy utilization by cells or storage in adipose tissue.

Yes, cholesterol is important, but there's another fat—triglycerides—you need to keep tabs on - Arthur Agatston

What is the difference between LDL and VLDL?

The pros and cons of total cholesterol, HDL, LDL, and triglyceride testing.

Yes, cholesterol is important, but there's another fat—triglycerides—you need to keep tabs on. Here's how to get it under control.

"Advanced" cholesterol testing: Is it for you?

For most people, there is no advantage to tests that measure cholesterol and triglyceride particle size.

Ask Well: Should You Fast Before a Cholesterol Test?

Current cholesterol testing guidelines in the United States stipulate that fasting before a cholesterol test is “preferred.” But repeated studies have found no clinically significant differences between results from cholesterol tests done on a full stomach and those done after fasting.

Cholesterol levels predict if under-45s will ever have heart disease

A person’s cholesterol levels before the age of 45 can predict their lifetime risk of developing cardiovascular disease. The finding has prompted debate about whether younger people should be recommended preventative measures, such as taking statins.

End the War on Fat

The foundation for the "fat is bad" mantra comes from the following logic: Since saturated fat is known to increase blood levels of "bad" LDL cholesterol, and people with high LDL cholesterol are more likely to develop heart disease, saturated fat must increase heart disease risk. If A equals B and B equals C, then A must equal C. Well, no. With this extrapolation, scientists and policymakers made a grave miscalculation.

Getting Your Cholesterol Checked? Why You Don't Have To Fast

The next time you have blood drawn to check your cholesterol level, you may have a smile on your face. The reason? You don't have to fast overnight and skip breakfast before your blood draw.

Cardiovascular disease, or coronary heart disease, is the most common cause of morbidity and mortality in the developed world; over the course of this century it will assume this dubious distinction in the developing world as well. Many factors contribute to heart disease, including age, gender, family history, hypertension, and diabetes: hyperlipidemia figures especially prominently as such a risk factor.

While doctors routinely test for other lipoproteins like HDL and LDL cholesterol, few test for lipoprotein(a), also known as lp(a), high levels of which triple the risk of having a heart attack or stroke at an early age.

To enhance the practice of lipid management in clinical medicine.

Hyperlipidaemia is quite common and is known to be a risk factor for cardiovascular disease such as heart attacks and strokes. The UK population is known to have the highest average cholesterol levels in the world. Two out of every three people in the UK will have higher than recommended cholesterol levels.