Where in health am I? : Home / Articles and Reports / Insider / Medical Errors: Are We in Safe Hands?

Medical mistakes happen. Medical professionals are only humans who can err. One gets to wonder how many medical misadventures go unreported! 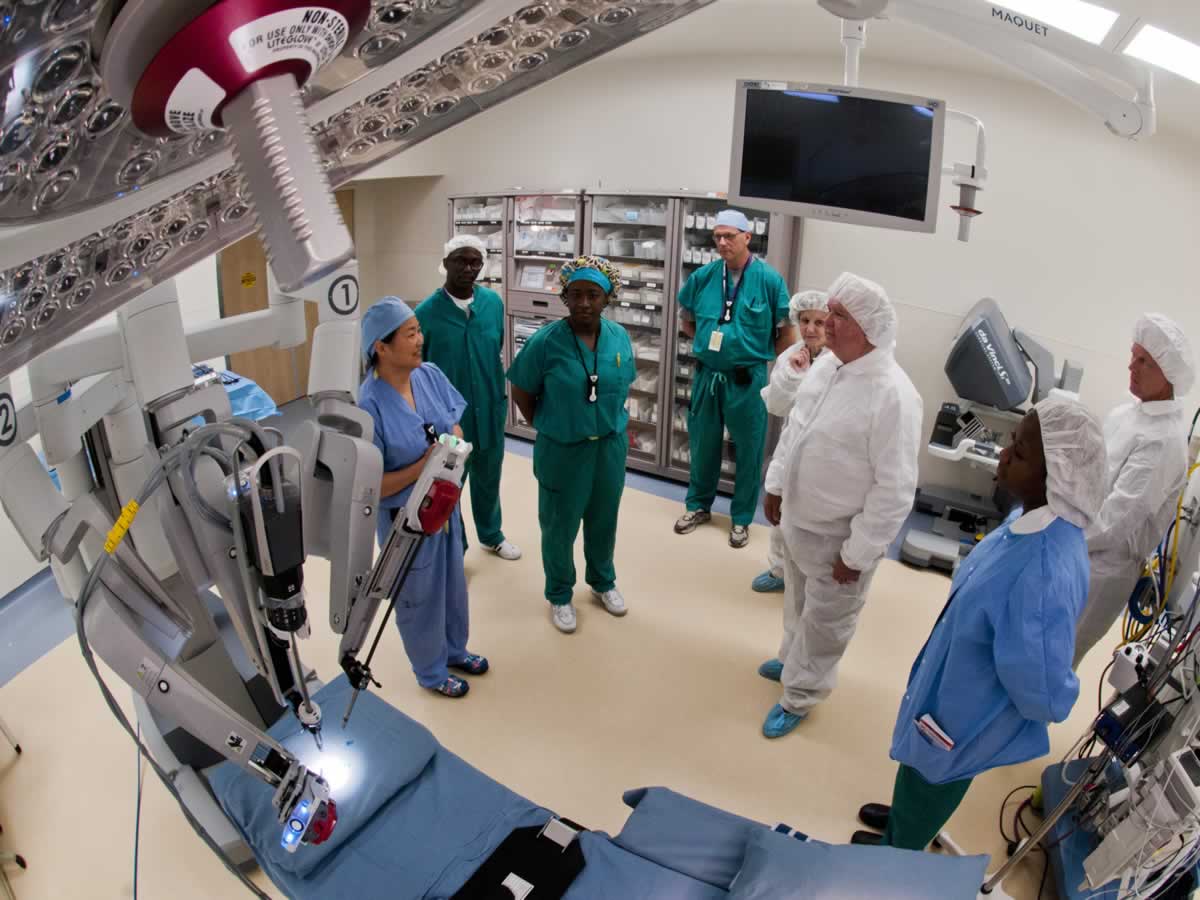 Medical mistakes are usually something that people associate with health care in developing and low-income countries where they lack the right infrastructure and trained personnel. The fact is, a lot of medical mix ups and mistakes in hospitals and clinics occur all over the world, including Europe and North America.1

ADEs or medication mix ups are probably the most common reported medical mistakes. One of the most well-publicized medication mix ups was the case of Quaid twins Thomas and Zoe who received the wrong dose of heparin by mistake. The newborn babies were reportedly given an excessive dose of the blood thinner heparin which was up to 1,000 times the normally prescribed dose. Fortunately, the error was detected early enough so that the Quaid twins, plus several other babies, could be saved.

A study conducted in a clinic in France revealed that in the period January and September 2005, 267 cases of iatrogenic events happened to 116 newborn babies. The numbers indicated that a baby can suffer from more than one medical error. Here is a summary of the medical mistakes reported:

The study concluded that iatrogenic events occur frequently and are often serious in neonates, especially in infants of low birthweight. Improved knowledge of the incidence and characteristics of iatrogenic events, and continuous monitoring could help to improve quality of health care for this vulnerable population.2

A study in the U.S. revealed the following figures:3

Drug mix ups however, aren’t restricted to children alone. According to the 1991 Harvard Medical Practice Study, there is a 6.5% rate of ADEs among adult inpatients, 33% of which were considered preventable.4 And one must not forget that there are other adverse events besides drugs, such as excessive radiation exposure.

Hospitals are not the cleanest of environments and all are actually the breeding ground for dangerous bugs. All too often, patients get the so-called Hospital-Acquired Infection (HAI) also known as nosocomial infection or healthcare-associated infections. HAIs "encompass almost all clinically evident infections that do not originate from a patient's original admitting diagnosis".5

About 100,000 people die of HAIs due to antibiotic-resistant bacteria. In the U.S. the incidence of HAIs exceeds 2 million cases a year and an estimated expenditure of more than $4.5 billion is attributed to HAIs. Most HAIs are detected 48 hours after admission to the hospital.

In a survey of patients from pediatric ICU between 1992 and 1997, bacterial and fungal infections were reported as follows:6

HAIs cannot be fully attributed to mistakes made by health professionals but hospital staff can be instrumental in preventing them.7

Risk factors for HAIs can be grouped into 3 categories, namely:

Organizational risk factors include contaminated air-conditioning systems, contaminated water systems, and staffing and physical layout of the facility (eg, nurse-to-patient ratio, open beds close together). Some places in a hospital are more infectious than others. According to a 1986 to 1988 survey by the National Nosocomial Infections Surveillance (NNIS) System of the Centers for Disease Control and Prevention (CDC), the highest infection rates occur at the intensive care units, especially the burn ICU, the neonatal ICU, and the pediatric ICU. Newborn babies, especially those who are premature with low weight weights are more susceptible to HAIs.

Patient risk factors include the severity of illness, underlying immunocompromised state, and length of stay.

And it is not just about leaving a surgical sponge inside a patient. Another high profile case was the open heart surgery of the comedian Dana Carvey in 1997. The procedure was supposed to treat a blocked artery but the surgeons apparently operated on the wrong artery. Carvey was awarded $7.5million in a malpractice suit.

The most frequent surgical mistakes are wrong site surgeries. In 2001, the Joint Commission documented 150 cases of wrong site, wrong person or wrong procedure surgery, of which:8

Why do medical errors continue to occur?

Overcrowded hospitals - Many hospitals, especially in large urban areas, are overcrowded and we are not even talking about the flu season, nevermind H1N1 or another pandemic. There are more patients than the hospital staff and hospital resources can handle. Because of overcrowding health professionals cannot spend enough time with patients. It's not uncommon for doctors to see between 30 to 40 patients a day.

Researchers at the Massachusetts General Hospital (MGH) and Brigham and Woman's Hospital (BWH) report that hospitals with high occupancy rates have increased workloads and higher patient-to-nurse ratios which are associated with increased incidence of adverse events. Adverse events were defined by the authors as „preventable injuries not resulting from patients' underlying medical condition".10

Overworked staff - Several studies have linked medical errors to long working hours and burnout especially among interns and residents. In December 2008, the Institute of Medicine released a report that proposed revisions to the duty hours and workload of medical residents.11

According to Michael M.E. Johns, chancellor, Emory University, Atlanta and chairman of the committee which prepare the report: "Fatigue, spotty supervision, and excessive workloads all create conditions that can put patients' safety at risk and undermine residents' ability to learn. Health care facilities can create safer conditions within the existing 80-hour limit by providing residents regular opportunities for sleep and limiting extended periods of work without rest.  But these steps should be supplemented by additional efforts to improve patient safety and ensure residents get the full experience they need to safely and competently practice medicine at the end of their training.".

The report did not recommend the reduction of the 80-hour working week because it would most likely cost a lot of money and cause understaffing in hospitals. However, the proposed changes addressed the residents' workload, including the number of hours that residents can work without sleep (16 hours), more days off, and restrictions on moonlighting. Hopefully the changes will help to decrease the chances of fatigue-related medical errors and to enhance the learning environment for these doctors in training.

In another study, researchers at the Mayo Clinic reported that distress and fatigue among medical residents contribute greatly to medical errors. According to the authors: "We looked at distress and fatigue together and found that both factors can lead to a significant risk of medical error. Both fatigue and distress among medical residents represent a potential concern for patient safety“.12

Cost-cutting - The MGH-BWH study reported that efforts to meet two primary challenges facing hospitals today – reducing costs and improving patient safety – may work against each other. And cost cutting goes back to the first two factors discussed above. The researchers investigated four teaching hospitals for 12 months and found that one of the hospitals which has occupancy rates which exceeded 100% for 3 months had more adverse events than less crowded hospitals.

According to the lead author Dr. Joel Weissman "While financial and political pressures to make health care more efficient are leading to increased hospital occupancy and greater patient turnover, patients and policymakers are quite rightly demanding that health delivery systems be made safer. Our study suggests that pushing efficiency efforts to their limits could be a double-edged sword that may jeopardize patient safety."

So what's the health care industry doing to clean up its act?

In 1999, the Institute of Medicine released the groundbreaking report To Err is Human: Building a Safer Health System which documented that health care in the U.S. is not as safe as it should be. According to the report “Beyond their cost in human lives... errors…are costly in terms of loss of trust in the health care system by patients and diminished satisfaction by both patients and health professionals”.13

The good news is that awareness of medical errors has increased both among health providers and patients. Hospitals, medical professionals, advocacy and watchdog groups are making strides in improving the safety of health care.

The Agency for Healthcare Research and Quality (AHRQ) encourages patients to prevent medical errors by asking questions. In fact, it has produced several TV spots urging patients to "take charge of their health“ and ask questions just like they would ask questions about the food they order in a restaurant or the mobile phone they buy.14

The American Medical Student Association is actively campaigning for better and therefore safer working conditions for medical interns and residents.

Since large number of victims of medical errors are children, researchers in a multi-center study have also developed a pediatric-focused tool that can easily and quickly detect medical errors by identifying "triggers“ in a pediatric patient’s chart.16

We have come a long way since the landmark 1999 Institute of Medicine report. But, we are not safe yet!  Medical misadventures will continue to occur. We can only hope that with a concerted effort by the health care community and consumer organizations that the incidence will continue to decrease.

However, the obstacles remain formidable what with overcrowding, overworked staff and cost cutting. In the meantime, patients must be vigilant, ask questions and be their own advocate.

The Latest from Insider

Flu vaccinations have become an annual event in most developed countries, yet the flu continues to affect tens of millions of people each year and causes 250,000 to 500,000 deaths worldwide. So, what's wrong? Is the flu virus smarter than us?

Flu vaccinations have become an annual event in most developed countries, yet the flu continues to affect tens of millions of people each year and causes 250,000 to 500,000 deaths worldwide. So, what's wrong? Is the flu virus smarter than us?